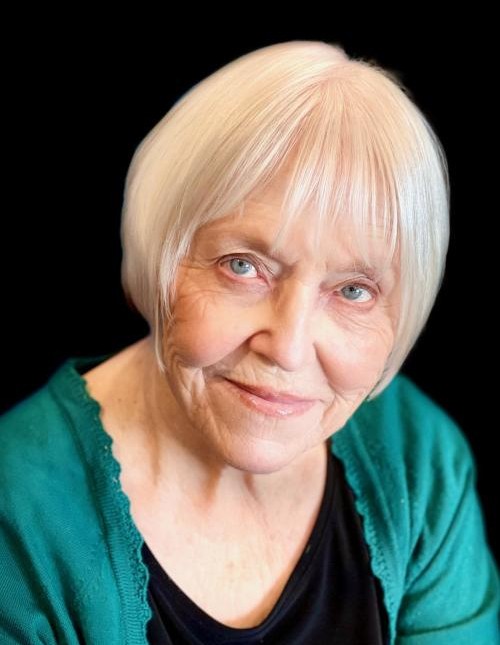 Roma Rae Cox Jones, age 81, returned to her Heavenly home on February 24, 2021. She was born February 2, 1940, to Hyrum Hunt Cox and Nellie Iverson Cox in St. George, Utah at McGregor Hospital. She was the third of eight children and was raised on a farm in the Washington Fields (St. George).

On November 11, 2000, Roma married Elwin I. Jones in the St. George Temple. In 2004, Elwin and Roma were called to serve a mission for The Church of Jesus Christ of Latter-day Saints in the Arkansas Little Rock Mission. Elwin passed away on January 20, 2016.

Roma is survived by her four children: Del (Becky) Scott of Fruit Heights, Utah; Julie (Aaron) Jorgensen of Washington, Utah; Randy (Michelle) Scott of Fallon, Nevada; and Holly (Chad) Burnett of Draper, Utah, along with 15 grandchildren and many great-grandchildren. She is also survived by her siblings: Bruce (Sue) Cox, Frances Spendlove, Wayne (Kathy) Cox, Rosemary (Robert) Cummings, and Jeanelle (James) Averett; along with sisters-in-law Susan Cox and Kathleen Baber. She is also survived by many nieces and nephews. Roma was preceded in death by her grandson, Landon Jorgensen; and two younger brothers, Raymon Dale Cox and Lyn Valnor Cox.

Roma loved playing tricks, especially on her younger brother and lifelong friend, Dale, who preceded her in death on December 21, 2020.

Roma will be buried at the Washington City Cemetery, 300 E. Parkview Drive (300 North), Washington, Utah, next to her oldest grandson, Landon.

Per Roma's suggestion: In lieu of sending flowers, please enjoy a dish of ice cream with loved ones OR play a trick on a friend or family member.

To send flowers to the family in memory of Roma Rae Jones, please visit our flower store.
Send a Sympathy Card