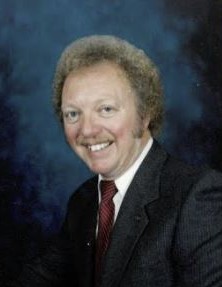 Ronald Dean Egelund, 84, was born on March 25, 1937 and was greeted by loved ones waiting for him on the other side April 25, 2021. He was born to Darrel W. Egelund and Ella Petersen Egelund in Bountiful, Utah. He was later adopted and sealed to Edward M. Lee. Ron attended school and lived in the Orem area. After graduation he worked at Geneva Steel and met Ann DeSpain who he married in 1956 and later sealed in the Salt Lake Temple. They were blessed with 6 children. Ron was a member of the Church of Jesus Christ of Latter-day Saints and held many positions. He worked at Utah Power and Light, Hotel Utah and then started his own businesses, Mtn Valley Fresh & Natural Juices and Automotive Interior Repair (AIR). Ron loved the outdoors and was a motorcycle and camping enthusiast. He also loved cars and had a show stopper and winner with his  '69 Chevy Camaro he named "Vader".  Ron and Ann, retired to St George, Utah. He is survived by his wife, Ann and 6 children, Debbie (Richard) Cottle, Cathy (Corey) Welker, Robert, Linda Egelund, Kent (Reyna), David (Angela),  His brother Larry (Arlene), sisters Joyce McEwan and Ella (Steve) Douros.  27 grandchildren and 40 great grandchildren.

To send flowers to the family in memory of Ronald Dean Egelund, please visit our flower store.
Send a Sympathy Card