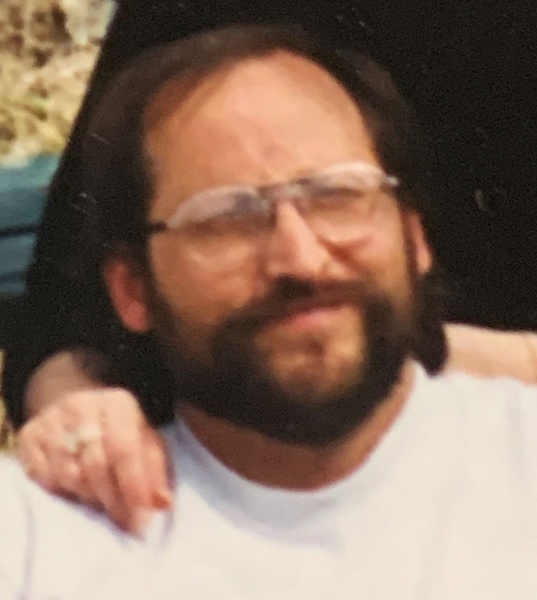 Ronald Albert Hyde was born January 13,1962 to Thelma June and Theras Albert (TA) Hyde in Las Vegas, NV. He passed away peacefully on November 27,2021 he was the last child in the family of four older sisters.

Growing up in Vegas there were lots of cousins around. Ronnie, Randy and his cousin Terry were often together playing Superheroes. Ronnie was always Batman and Terry was Robin you could sometimes hear what they were saying: Terry would say "Great Bird in the sky Batman" as a plane would fly over. Ronnie was FEARLESS and would jump off roof in his cape!! We took turns supervising his antics.

However, Ronnie was plagued with being prone to accidents: two broken arms, slashed arm to the bone with razor wire, nearly drowned twice trying to swim with cast on broken arm (resuscitated). Falling out of trees and poles that he climbed, (electrocuted). Ronnie was run over when he was 2 1/2 and only sustained a broken arm inches from near death. He had rheumatoid arthritis. (we as sisters had to push him around in his stroller) The doctors and nurses knew him VERY well!! Ronnie had severe debilitating allergies which caused him to fall a lot as a baby, because of this issue, he ended up with a large scar on his forehead. He later had plastic surgery to repair it.

In 1972 Mother, Father, Pam and Ronnie moved to Moapa (a more serene life LOL). After Dad retired from the road department they moved to Idaho where Ronnie finished out High School.

Ronnie had the ingenuity to bring a Greenhouse from Vegas to Idaho brandishing the first Hydroponics Operation in Idaho (written up in a Farming Magazine).

Ronnie went into the Service however because of health issues, for a short call. Thru his lifetime he drove Semi trucks, trimmed trees and odd jobs until health issues in sueded.

Previous involvement with a women named Polly which produced two children Jennifer & Shawn with the relationship collapsing. Ronnie met Jolene Rae in 1987 and they were married in 1989 they had 3 beautiful children together, named; Ronald James, Tallon Albert and Stephanie Ann. Ronnie always talked so fondly of his children and very proud of their milestones. They were close to his heart.

To send flowers to the family in memory of Ronald Albert Hyde, please visit our flower store.
Send a Sympathy Card