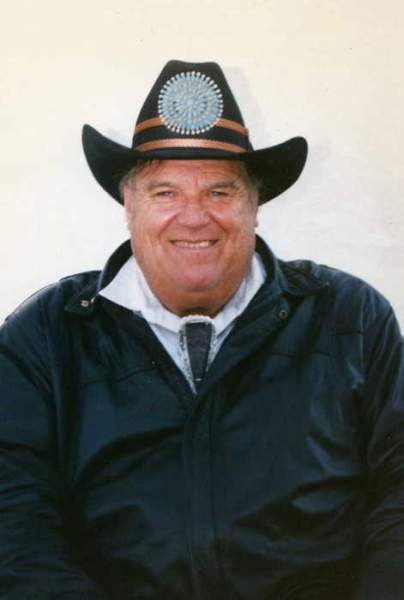 Ronald Wesley Nelson, age 86 of Veyo, UT, passed away peacefully at his home on September 6th, 2018.   He was born, March 18, 1932 in St. George, Utah.  He is the first son and third child of Wesley Alma and Althea Snow Nelson. His great-great grandparents: Aaron Nelson, Erastus Snow, and William Snow, were some of the original settlers in Dixie. He grew up and attended schools in St. George, UT.  He graduated from Dixie High School and Dixie College. Ron met Glenna Nelson, daughter of Lawrence Jay and Laura Bowman Nelson, of Leamington, UT, while attending Dixie College.  She was a ‘Dixiana’ Dorm Girl.  They were married in the St. George Temple on September 8, 1951.

His 5th Ward priest-age basketball team took first place in the All-Church competitions in Salt Lake City with his winning half-court shot. He played college football and tennis at Dixie College. In tennis, he and his doubles partner never lost a match. They won the BYU invitational.

Ron was drafted in the army during the Korean War and served as a medic.  He was stationed in Fort Lewis Washington and Sasebo, Japan.  He was honorably discharged from the army on a medical deferment.

Upon returning from the military, Ron worked as a traveling sporting goods and hardware salesman in central and southern Utah.  He purchased the Nelson Supply Company (Western Auto) from his father in 1960.  He owned, managed and operated Nelson Supply Company until 1981. He brought in original franchises and new products to southern Utah.  His was a one-stop shop.  He sold everything from Schwinn bicycles, to Honda and Yamaha motorcycles. This is where he picked up the nick-name – “Hondo Rondo”.   He sold all kinds of sporting goods including guns, ammo, and fishing tackle.  He also built a roller rink, (Big Arch), above his sporting goods store and had a pawn shop. He built and operated Nelson Supply in Pine Valley selling groceries and gas.  He built Spanish Trail Supply in Veyo, and had a roller rink upstairs. He also opened a gun shop Collector’s Supply in St. George.   He operated with the notion it was “smarter to barter”.  Often the first words out of his mouth were, “What have you got to trade?”

Ron had a soft spot for the unfortunate and down-trodden.  He would give the “shirt off his back” to help others.  His heart was as big as his large frame.

One of Ron and Glenna’s greatest accomplishments was to see each of their four living sons serve honorable full-time missions and later be sealed to their spouses in the St. George Temple. They were proud of their children.  Each of their children graduated, like Ron, from Dixie High School, and went on to pursue successful lives.  Their grandchildren are all following the great example set by their grandparents.

In 1990, Ron and Glenna served a full-time proselyting mission to the Arizona Holbrook Mission.  They lived and served in Many Farms and the surrounding areas of Chinle on the Navajo Indian Reservation. They had a great love for those beautiful people with whom they worked.

Civically, Ron was involved in his community.  He was a member of the St. George Lions Club.  He enjoyed helping with the annual Dixie Round-Up Rodeo. He was the founder, charter member and past president of the Veyo Cinder Valley Lion’s Club. He was also a member of the St. George Chamber of Commerce and the Dixie College Colonels and served as the past president of the Dixie Wildlife Federation. He served his community in many ways.

In addition to deer, Ron loved to hunt quail, pheasants, antelope, elk and javelina.  He also loved fishing in his boat in the lakes of southern Utah. Ron knew the back roads and mines of southern Utah, Washington County and the Arizona strip, better than most.  Ron was a great story-teller and prankster.  He was affectionately known as “Uncle Ronnie” or “Cousin Ron”.  He enjoyed the company of his Nelson and Snow cousins and his nieces and nephews very much and hosted many dinners and parties for them.

To send flowers to the family in memory of Ronald Wesley Nelson, please visit our flower store.