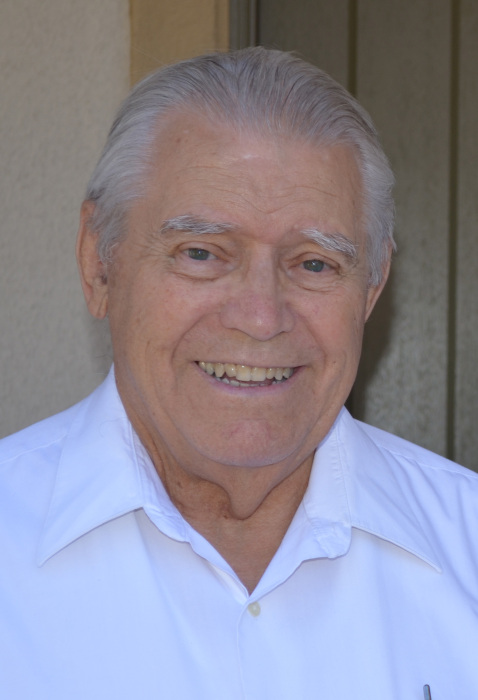 Ross Olson Van Orden, 86, passed away June 1, 2017.  He was born August 20, 1930 in Logan, Utah to Ingra Christina Olson Van Orden and Harris Olonzo Van Orden.  He married Della Rae Myers on June 29, 1949 in the St. George, Utah, Temple; Ross and Della have been married over 67 years.  He was raised in Smithfield, Utah until the age of 12 and then moved to Beaver, Utah.  He attended Beaver High School where he played and excelled in basketball, football, baseball, tennis, and track. He graduated from Beaver High as Valedictorian of his class. He served in the National Guard and was called to active duty during the Korean War. He earned his degree in Pharmacy at the University of Utah.  He had an entrepreneurial spirit and owned the Granger Drug Store for over 20 years. He worked well after his official retirement in local pharmacies loving the people he served.  He has been an active member of the Church of Jesus Christ of Latter Day Saints for all of his 86 plus years and has been an example of serving others.  Dad and Mom served two missions for their church, in Salt Lake City Utah and Santa Rosa California. Mom and Dad have 6 children (3 girls followed by 3 boys).  Dad most enjoyed spending time with all of them.  He spent a great amount of time proudly watching his children and grandchildren play various sports. He was blessed with 21 grandchildren and 41 great grandchildren that all loved and adored him. He will be greatly missed.  He leaves a legacy of family, faith, and love to all who know him.

He is survived by his wife Della Rae, St. George, Children:

To send flowers to the family in memory of Ross Olson Van Orden, please visit our flower store.
Send a Sympathy Card