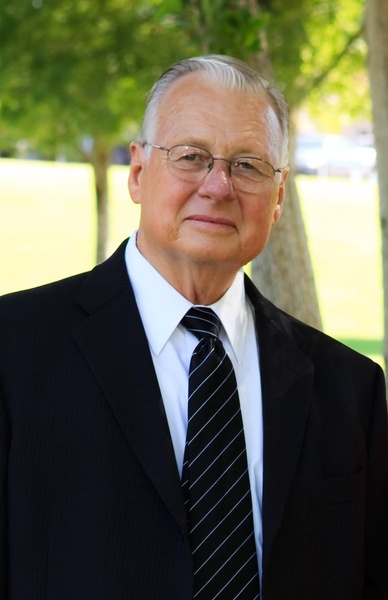 St George, Utah- Ruben Dale Connor, 79, passed away Tuesday May 10, 2022. He was born October 3, 1942 in Winn Parish Louisiana to Melvin Connor and Hazel Davison Connor. He married Sharon Viola Barksdale in the Salt Lake City temple of the Church of Jesus Christ of Latter Day Saints on September 1, 1964.

Ruben was raised in Winnfield LA.  He graduated from Winnfield High School where he was a member of the boxing team.

Following graduation Ruben enlisted with the United States Marine Corps as a reservist where he excelled and was one of a handful of recruits from his company in boot camp to earn expert rifleman recognition.  At the completion of boot camp Ruben promptly returned to the home town of his sweetheart Sharon Barksdale in a smart Marine Corps uniform to drive her home from high school where she was a Senior.  He made a striking  impression on Sharon.

Ruben served a mission for the Church of Jesus Christ of Latter-Day Saints in the United States Gulf States Mission.  Much of his time as a missionary was in Arkansas and Mississippi.  A trip to these areas of service by Ruben and Sharon in their mid seventies confirmed the impact of his mission was indeed great:  great in shaping the life of Ruben and his posterity, and the lives of generations of others that became acquainted with the gospel through the instrumentality of Ruben’s testimony.

Both his missionary and Marine Corps service were foundational experiences in Ruben’s life.  Each was a core element in his self identity giving him confidence and direction that remained with Ruben.

Ruben followed Sharon to Brigham Young University where they were married. They started a family while yet students.  He supported his family and funded his education working a variety of part time jobs.  One memorable vocation from this period was delivering drag’n milk early every morning: milk from dairy cows, delivered by a delivery man so tired he was dragging his … never mind.

Ruben worked various periods in sales and entrepreneurialism.  His career was interrupted prematurely by health issues.  Possibly more devastating to him was that these challenges also interrupted his church callings as Sunday School teacher and seminary teacher.  Teaching doctrinal topics was a singular skill and great delight to both Ruben and his eager students.  While his cognitive abilities were limited by his health his spirituality seemed to increase; softening his temperament and extending his patience.

Ruben’s real treasure and his heart were in the affections of his family, which was his first priority and greatest success.  Enabling and attending extracurricular events was important.  More important was nurturing his children’s testimony.  Spontaneous gospel discussion and bearing of testimony was a common occurrence.  As his children married Ruben’s affection extended to spouses and grandchildren as well.

Funeral Services and viewing will be held at the chapel of the Church of Jesus Christ of Latter-Day Saints located at:

The viewing will be held on

The funeral will be held on

To send flowers to the family in memory of Ruben Dale Connor, please visit our flower store.