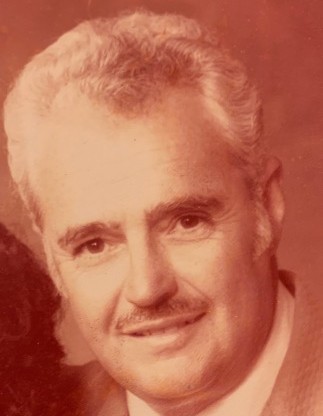 Rudolph Arial (Rudy) reunited with his wife, Fritzi, when he passed away peacefully in the presence of his beloved family on December 18, 2019.  Rudy spent the last weeks of his life in the loving care of his granddaughter’s family in Henderson, NV. He was married to Fritzi Aton for 65 years.  Rudy was born July 12, 1930 in Hawaii to Manuel and Minnie Arial.  He was their oldest child and a third generation Hawaii resident.  Rudy was eleven years old when Japanese planes flew over Kole Kole Pass on their way to attack Pearl Harbor on December 7, 1941.  His friend was shot in the foot as the planes came directly over-head.
Rudy retired from Del Monte Corporation after 52 years of devoted service.  He served as a Union Steward and taught hundreds to safely drive Pineapple trucks.
Rudy was a talented, self-taught professional musician and could play many instruments including guitar, steel guitar, ukulele, bass, and drums. He was a sought-after band member and loved to accompany his wife Fritzi while she danced the hula. He adored his extended family and enjoyed playing music with them at the beach and in their homes.  Rudy received “Island Musician of the Year” award before moving to the mainland to live with his son in Utah.
Rudy was a quiet, gentle, and dignified man who said little but thought much. He was a calming influence for his grandchildren and great-grandchildren. They loved being in his peaceful Christ-like presence and spent many hours with him working on puzzles and listening to his stories. He loved his family above all else.  At age 89, Rudy was baptized a member of the Church of Jesus Christ of Latter-day Saints by his son. He read the Book of Mormon and knew it was true. He was a faithful man who believed in the power of prayer.  He valued his association with residents of Spring Gardens, the St George 17th Ward, and the Quail Ridge Ward of Henderson.
He is survived by his only son, Rudolph (Rick) Arial Jr. (Bette), four grandchildren Christian, Creighton (Kelly), Tia Fackrell (Andrew), Cameron (Jamie), 15 great grandchildren, Drake, McKinna, Dylan, Alyse, Ian, Ari, Fiona, Ove, Asa, Indy, Beck, Lincoln, Cache, Golden, and Mable, two sisters Loretta Arial and Elenore Arial Ching (Percy).
He was preceded by his wife Frisidicion (Fritzi) Aton, one brother Gilbert Arial (Mercedes) and one sister Rose Marie Arial Ferreira (Tony).
An intimate family graveside service will take place at Tonaquint cemetery.  Arrangements under the direction of Hughes Mortuary.

To send flowers to the family in memory of Rudolph Arial, please visit our flower store.