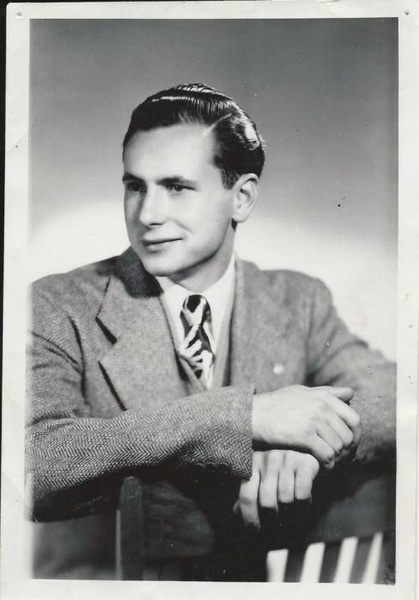 Russell was raise during the Great Depression of the early 20th century in Salt Lake City, UT. He lost his mother at the age of 8 years old. The oldest of 5 children, he bore much of the responsibility to support his family at a very young age. He attended South High School in Salt Lake City but left school in 1943 to serve as a Marine in WWII. Russell participated as a combat Marine in the invasion of Saipan in 1944. He served with honor and was the recipient of a Purple Heart from wounds received during that battle. After the war, he married Helen Petersen. Together they had two daughters, Wanda and Debbie. They divorced in 1956. In 1957 he married Kay Noble Cook. They raised 6 children, Russell H., Lynda, Ryan, Darrell, Eric and Rebecca. Russell was self employed most of his life, running his own electronic organ service business. In 1985 he and his family established Southwest Protective Services in St. George, UT. They were able to build a successful business until it was sold in 1999 at which time Russell retired. He enjoyed reading, especially ancient history and had a particular interest in the Egyptian culture. He loved playing games and spent many hours playing Chess and Cribbage with his children and grandchildren.

The family wishes to express special appreciation to the nurses and staff of the Mervyn Sharp Bennion Veterans Home in Payson, UT. Their compassion and dedication to caring for our veterans was evident in the care they gave our father.

Funeral services will be at the Tonaquint Cemetery, St. George, UT Saturday, October 27th at 12 Noon. Interment will take place shortly after the services. Friends and family welcome to attend the services.

To send flowers to the family in memory of Russell Cashin, please visit our flower store.
Send a Sympathy Card