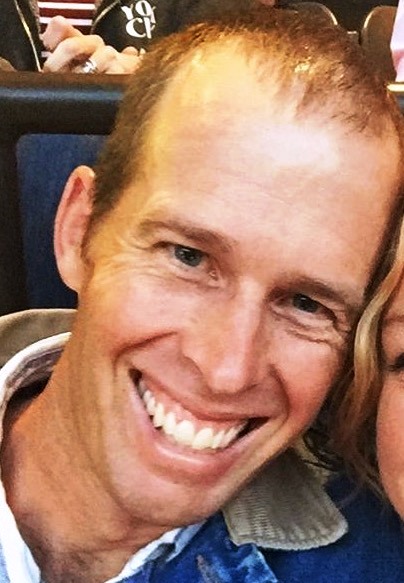 Ryan Franz Shakespear, age 42, died Tuesday, October 25, 2016, in the backcountry of the Wahweap, south of his beloved home town of Tropic, Utah.  Born June 1, 1974 in Panguitch, Utah, to Franz and Margaret Shakespear, their first child, becoming part of a large, close knit and loving family.  The family’s closeness brought them together at every opportunity, hunting, family reunions, births, baptisms, ordinations and funerals.  These experiences initiated Ryan’s love and commitment to family and family gatherings. He grew up and spent his youth helping his father Franz with the family farm, surrounded by the beauty of Bryce Valley and the canyons, trails and hills of Southern Utah.  This started what would be a life-long love of the outdoors; especially of Utah’s outdoors.  He attended elementary and high school in Tropic’s Bryce Valley Schools, played basketball and earned his Eagle Scout Award.  After graduation served an LDS mission in Perth, Australia.  While being away from Southern Utah for two years was extremely hard, he loved the people of Australia and his opportunity to serve there.   After returning from his mission, he attended college at Southern Utah University and graduated with a Bachelor of Science.

He met his beloved Erin Fagergren in 1995 and used his recent purchase of a new white Toyota pickup to ask her if she would like to take a ride.  Over Ryan’s Dutch Oven dinners, feeding cows and driving the backroads of Bryce Valley they fell in love.  They were married in the St. George Temple on September 12, 1997.   Six loved children, three sons, then two daughters, and finally another son, came along.  They recently celebrated their 19th wedding anniversary.  Ryan’s greatest priority was always Erin and his family.

All who knew him, especially his family, loved his laughter, sense of humor and his easy smile. Everyone was impressed with his ability to nap on the spot at any given moment and his willingness to dress up for Halloween and for silly themed family dinners. He was constantly helping everyone around him and often arrived late for dates with Erin because he was helping others with broken down or stuck cars.

Ryan’s great love of the outdoors proved a perfect match for his employment.  He began his federal career with the US Forest Service in Escalante, Utah.  After graduation, he worked for the US Bureau of Land Management in Fillmore.  His last position as Prescribed Fire Specialist with the US Bureau of Land Management in Cedar City, gave him the opportunity and responsibility to visit and know so much of the public lands from Fillmore Utah to the southwestern corner of Utah.  He was proud of the vegetation restoration and resource improvement projects for which he was responsible.  During his service, he was deployed on wild and prescribed fires throughout Utah, and the states of Washington, Oregon, California, Nevada, Arizona, and Idaho. Through the years, he received many special achievement award for his outstanding work and accomplishments.  He was also part of a team that was recognized by the Bureau of Land Management and sister agencies for their excellent resource management work.

Ryan was an active member of the Church of Jesus Christ of Latter Day Saints and served in many positions.  He was ordained a High Priest at a young age, served in the Elder’s Quorum Presidency, Scoutmaster, as Young Men’s President and with Erin as Nursery Leaders.  He loved working with the youth, especially because he was scoutmaster and youth leader to his own sons.

To send flowers to the family in memory of Ryan Franz Shakespear, please visit our flower store.
Send a Sympathy Card