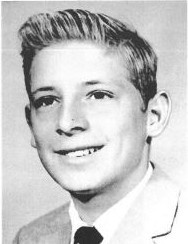 Sam was born in Seattle, Washington April 28, 1950 to Samuel Senate and Lucy Edna (Asbury) Bowman. Fourth child but first long-awaited son. Besides the state of Washington, Sam lived in Nevada and Arizona before his family. All his school days were here, East Elementary, Woodward Jr. High and Dixie High. After his school days, he spent a short time in California before enlisting in the U.S. Air Force in 1972. While stationed in Germany, it pleased him to buy souvenirs for his extended family. Big Family - Airman's pay. he was in the Air Force for seven years becoming a Sergeant along the way. He received his Honorable Discharge July 2, 1979.

Sam had several health issues, but he believed in work and supporting himself. He raised cattle, owned a window washing business, and worked in restaurants. Sam enjoyed his dogs that were so loyal to him. Most memorable is Dingo. Dingo saved Sam's younger brothers from harm's way on multiple occasions. In the evenings, Sam liked to go out, watch the sun set, and talk to friends and strangers alike. He always managed to find those who needed help and help them on their way.

Sam is survived by sisters Laska Kelsey and Star Corley, brothers Gary, Wiley, Lester and Melvin Bowman and their families. Sam never married or had children.

Sam's last few days were spent with family around him. He succumbed to cancer. No more sorrows, nor more pains. See you later Sam Buggy.

To send flowers to the family in memory of Samuel M. Bowman, please visit our flower store.
Send a Sympathy Card