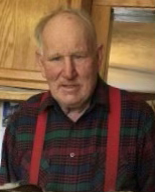 Hatch, Utah - Samuel Leland Riggs, 88 years old. With broken hearts we announce the death of our beloved husband, father, grandfather, and great-grandfather. He passed away peacefully at his home, Sunday, February 28, 2021 and joined his Heavenly Family.

He was born June 4,1932, in Panguitch, UT to Samuel Barnhurst and Effel Harmon (Burrows) Riggs.

He married Marilla Adell Cope from Tropic, Utah on June 6, 1953 in the St. George Temple.

In June of 1953, Leland was drafted into the United States Army during the Korean conflict. He had only 16 days’ notice to report for duty. He served in the Chemical Corps Battalion, which was known Army-wide as the “Smoke Dragon”. During this time, his hearing was damaged. After suffering a back injury, he was honorably discharged on May 25, 1955 at Fort Bragg, North Carolina.

Leland returned to Utah and earned his Elementary Education degree from Utah State University. Later adding his Library Science and Special Education Endorsements . He taught combined 4th,5th & 6th grades at the Elementary School in Hatch, Utah, and served as the school Principal from 1957-1961 until the school was permanently closed. The Hatch students were then bused to the Panguitch, Utah Elementary School where he was hired to teach 6th grade and run the Library. For 13 years, he taught classes, ran theLibrary, drove the school bus, and served as the Assistant Principal. During the last 12 years of his teaching career, Leland taught and served as the Garfield County Supervisor for the Chapter One/Title One
Program for 8 schools in the Garfield County School District and continued as Assistant Principal. For 26
years he monitored the school lunch program.

He was a life member of the National Education Association (NEA),

During this time, Leland kept his family ranch going and earned a “Centennial Ranch” designation in 1997. His life has been filled with service in his church, community, and state positions.

Leland was a lifetime member of the Church of Jesus Christ of Latter-day Saints. He honestly believed that “when you are in the service of your fellow beings ye are only in the service of your God” (Mosiah 2:17). He exemplified this love of the Lord through years of dedicated service. He served in several Hatch Ward Bishoprics and in numerous other Stake and Ward church leadership and teaching positions. He served as the Hatch Ward Bishop from 1995-2000. In May of 2001, he and Adell entered the Missionary Training Center where they served an LDS Service Mission to Deming, New Mexico.

Leland also served his community in the following positions:

He is survived by his beloved wife, Adell Riggs, children: Elaine Craw (Robert) Washington, Utah, Janice Ross (Don) Henderson, NV, Bonnie Saxon (Karrl) Las Vegas, NV, Allen Riggs Ocala, Florida, William Riggs (Mary Lynn) Las Vegas, Nevada, 19 grandchildren, and 33 great-grandchildren, and 3 great-greatgrandchildren. He is preceded in death by his son, Samuel Galyn Riggs, his parents, and all his siblings. Leland loved his family and wanted them around him whenever possible. He enjoyed being at his farm and was happy to spend time there with family and friends, sharing with them the things he loved. He was good at telling stories, teasing, and seeing the best in others. He was always going above and beyond in helping
others in need. He leaves behind a legacy of love.

Those attending are asked to wear a mask and social distance. For those who are unable to attend, the services will be live streamed and saved to the following website for future viewing:
www.hughesmortuary.com.

The family extends heartfelt gratitude to the Intermountain Hospice team for their loving support and care during the past few weeks, the care given at Coral Desert Rehabilitation center during his stay there, and the respect and honor displayed by Hughes Mortuary staff.

In lieu of flowers, donations may be made to Primary Children’s Hospital in Salt Lake City, UT.  https://intermountainhealthcare.org/primary-childrens

To send flowers to the family in memory of Samuel Leland Riggs, please visit our flower store.
Send a Sympathy Card