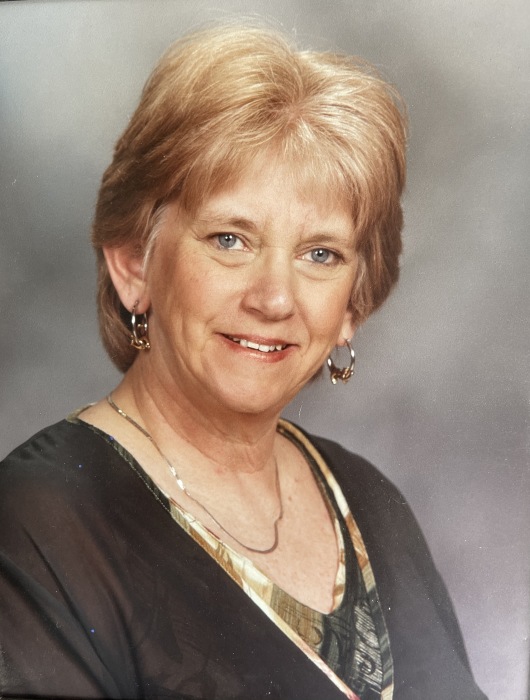 Sandy was born on November 5th, 1944 in Buffalo, New York. She was carried home to heaven on March 27th, 2021 from her home in Saint George Utah. She was the youngest of two born to William and Frances Schier. Her parents moved the family to San Diego, California when she was a young girl to find work and to take advantage of the year round great weather. It was there that she met Bob Nolan. They dated for awhile before going their separate ways, marrying other people and starting their own families. Sandy gave birth to two boys, John and Daniel, and became a nurse. Bob joined the U.S. Forest Service as a fire fighter, among other duties, and became the father of a son and a daughter, Rachel and Jim. Fast forward many years later, Sandy and Bob were single again and reconnected via a Christmas card. They renewed their relationship and eventually married, on Valentine's Day 2004. They remained together and madly in love until her passing seventeen years later.

Sandy was a dedicated and compassionate nurse and managed to raise her two sons as a single mom and later to help in the upbringing of her three grandchildren after her retirement. She was a skilled dancer and attended Zumba classes regularly at Saint George Senior center. She also enjoyed traveling with her life-long best friend from Cathedral high school in San Diego, Monica Dietsch. She and Bob enjoyed camping and visiting their grandchildren often. She was a sweet and caring soul and was loved by everyone who knew her. Sandy and Bob were devout members of the Catholic Church and attended Mass faithfully at Saint George Catholic Church. Sandy is survived by her loving husband of 17 years, Robert Nolan, her oldest son John Davis, her older brother William Schier, stepdaughter Rachel Dysart, Stepson Jim Nolan, grandchildren Justin, Jordan and Nicole Davis, step grandchildren Jarod Rischpater, Connor Nolan, Rowan Nolan and Braedon Dysart, and great grandson Carter Kai Pena. She was preceded in death by her youngest son, Daniel R. Davis on February 7th, 2021.

To send flowers to the family in memory of Sandra Frances Nolan, please visit our flower store.
Send a Sympathy Card