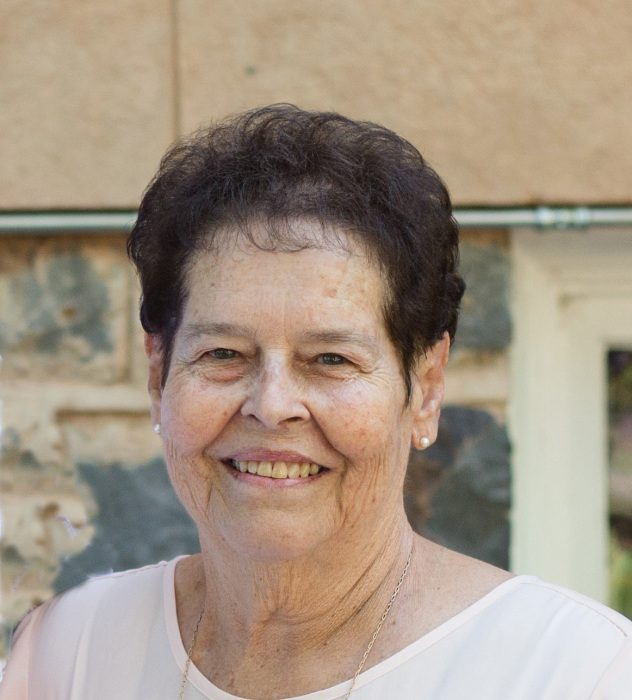 Sandra Talbot Stucki passed away at her home surrounded by family at the age of 76 on Sunday, April 26th 2020 in St. George, Utah. She was born on May 7th 1943 in Ogden, Utah. She is the second child of Norman Sessel and Ella Jay Neil Talbot.
Sandra spent her childhood in Snowville, Utah. She enjoyed visiting her father at the service station, taking rides in the car with her family, and visiting her grandparents on the farm. Her tendency of giving started at a young age with the bond between her and sisters. When she was a young teenager, her family moved to St. George. Upon their arrival, the family ran a motel where Sandra contributed to the family by working hard and cleaning the rooms and doing the laundry. This is where she learned her strong work ethic.
She graduated from Dixie High School or as she would often joke, “Snowville Tech.” She met her sweetheart, Robert Calvin Stucki, while working at the Sugarloafe Cafe. They were later married in the St. George LDS Temple on February 2nd of 1962. She spent most of her adult years as a homemaker and running a daycare while raising her own children. Anywhere she went in town she would run into someone whose life she had affected, whether it be the children she tended or their parents. As her children grew older, her family grew larger as she considered her children’s’ friends like family. She had a way of creating traditions and her door was always open to those who would visit. Some of her greatest joys were feeding her family her famous French toast on Christmas morning, popcorn balls, divinity and homemade taffy.
She had a strong faith in The Church of Jesus Christ of Latter Day Saints. Sandra was a faithful member and held many callings including serving in the primary and relief society presidencies. No matter the situation, she put her whole heart into her service and accepted everyone just as they were without any judgement.
Through her declining health she continued to do things she loved such as shopping with and for her daughters and granddaughters and visiting her favorite restaurants with family. She maintained her upbeat spirit and positive attitude throughout all of her health issues and never complained about her circumstances. She constantly put others before herself.
In addition to being the rock and center of her children and grandchildren’s lives, her nieces and nephews have an immense love for her and she for them. No one in her family would pass through town without stopping to visit, even if it meant parking a semi in the middle of the street for a few minutes.
She is survived by her husband Robert Calvin Stucki, daughter Sheri Gotham (Dan), son Richard Stucki (Anna), son Ronald Stucki (Tammy), son Russell Stucki (Kendra), and daughter Shauna Farnsworth (Anthony) as well as twelve grandchildren and 6 great grandchildren. She was preceded in death by her father, mother, sister Anice Holt and brother Kert Talbot.

To send flowers to the family in memory of Sandra Stucki, please visit our flower store.
Send a Sympathy Card