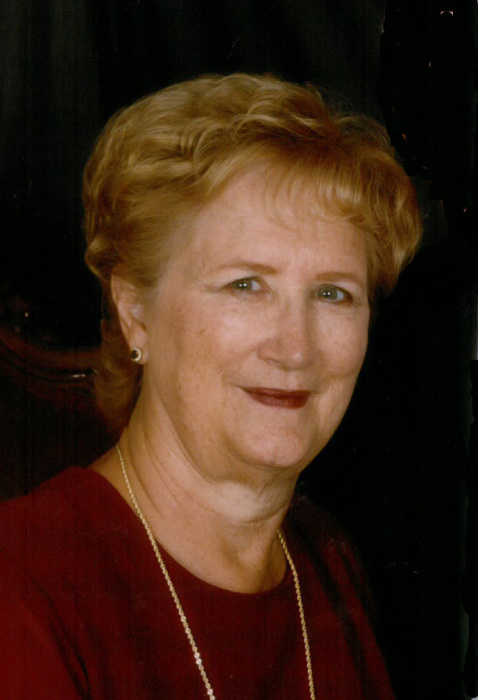 Mari-Lynn was born in San Bernardino on March 28, 1933 to Ernest Sargent Marcil and Theora Fontella Snow. At the age of two she and her two older sisters and mother moved to Salem, Utah, to live with their maternal grandparents. In 1945 they returned to San Bernardino, where she attended and graduated high school, and then attended Brigham Young University in Provo, Utah. She met her sweetheart, Glen at BYU. They were married in the St. George, Utah temple on September 20, 1952.

For just shy of 65 years, Glen and Mari-Lynn built a life and home together that was centered on their five children. Mari-Lynn loved her family and always put them first. She was known for her kind and gentle ways and incredible compassion.

Mari-Lynn has lovingly and carefully cared for their oldest daughter, Cheril, who was born mentally disabled. She has modeled compassion and kindness for all those around her, which is evident in others’ love and care for Cheril. Mari-Lynn’s commitment to caring for Cheril and providing to her a life of productivity is proof of the depth of love she carried in her heart.

As Glen was in the Air Force, they moved quite often. Some of the places they were stationed included Kansas, New Mexico, England, Idaho, Virginia, Las Vegas, and Alabama.  Even though they moved often, wherever they were she made it home in their new surroundings.

Glen and Mari-Lynn purchased and operated Ensign Book and Gift, an LDS retail store in Las Vegas after he retired from the Air Force.

Mari-Lynn’s grandchildren have wonderful memories of Grandma’s and Grandpa’s pool. Grandma would always have special treats and would sit and visit as the kids would occasionally take a break from the pool. Mari-Lynn’s children commented that even after they left the nest, going “home” always felt peaceful and special. She had the ability to make every person she encountered feel important and loved. Her gentle presence was a calming force that will be remembered forever.

Mari-Lynn was a woman of many talents, and found great joy in music. This included singing and often performing. Mari-Lynn exemplified the definition of homemaker and liked to knit. She knitted beautiful Christmas stockings for each of her children, their spouses and all her grandchildren. In her later years she became very interested in genealogy, and spent many hours finding and learning about those who came before.

Glen and Mari-Lynn were both active members of the Church of Jesus Christ of Latter Day Saints, and Mari-Lynn held callings in Primary, Young Women, and Relief Society.  Her favorite hobbies were being with her family and traveling. She and Glen traveled throughout the world, including going on 22 different cruises to various destinations. Her family fondly remembers their times out on the lake boating and many reunions in places like Newport Beach, CA, Mexico, and Utah.

Mari-Lynn was preceded in death by her mother, her two sisters and her loving husband.  She is survived by her five children: Cheril of Las Vegas, Nevada; Robin (Ed) of St. George, Utah; David (Melody) of Redondo Beach, California; James (Sharla) of Minden, Nevada; and Jillayne (Patrick), of Las Vegas, Nevada, as well as their 16 grandchildren and 33 great grandchildren.

Arrangements under the care of Hughes Mortuary (435)674-5000.  For complete obituary and to leave condolences please visit www.hughesmortuary.com.

To send flowers to the family in memory of Sarah "Mari-Lynn" Hales, please visit our flower store.
Send a Sympathy Card