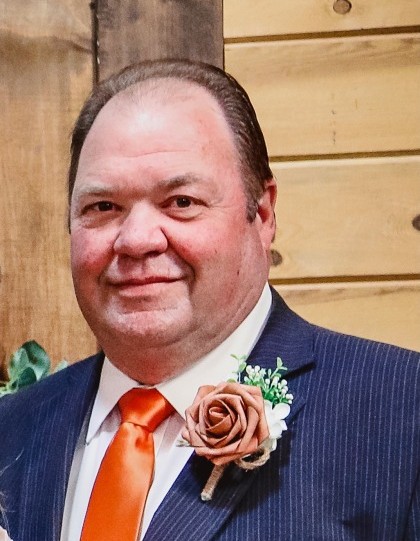 Spencer Kimball Moody of Enterprise Utah, age 67, unexpectedly returned to his heavenly home with his sweet companion on June 18, 2021.

Spencer was born on November 21, 1953 in Delta Utah to Juel Thurmon and Eva Dean Moody, where he spent his youth growing up on the family farm as the 5th of 10 children. He always talked so fondly of the hard work he did growing up on the farm and his love for Delta. Anyone that knew him knew of his incredible work ethic which is something that through example would later be instilled in all of his children.

After graduating from Delta High School he married the love of his life and high school sweetheart Janalee Gubler in the Logan Utah Temple. Shortly after getting married, his desire to serve his country led him to join the AirForce as an air traffic controller. It was during this time that he and his bride started a family and were able to see and explore much of the world. He loved his country and always had stories to tell of his military service. After leaving the AirForce he worked many years as an air traffic controller, and many other jobs before he decided to follow his passion for education and teaching.

His career as an educator is perhaps where he left some of his greatest impacts on his students and community. He had an amazing ability to make people feel important, and saw God's potential in everyone. He was incredibly creative and a skilled craftsman, and he got great joy from building things. Thanks to Youtube, he had no reservations about building projects that he knew almost nothing about. If you could imagine it, he could find a way to build it.

Spencer was a true disciple of Jesus Christ and a living example of God's love. He had true love and compassion for everyone he met. From a very young age he had a strong testimony and was a devout member of the Church of Jesus Christ of Latter-Day Saints. He would often be found telling stories of his faith promoting experiences of growing up on the farm and other life experiences. He spent his life in service to his God and family and held many church callings in his lifetime including being a bishop, and most recently President of the Elders Quorum. He loved temple work, and he felt so blessed to be able to spend time working in the Payson Temple shortly after it opened.

To send flowers to the family in memory of Spencer Kimball Moody, please visit our flower store.
Send a Sympathy Card