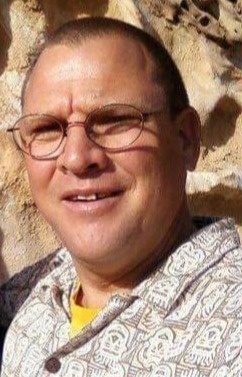 Stanley Russell Reid passed from this life on July 4, 2022, in St. George, Utah, with family by his side.

Stan was born October 31, 1969, in Victorville, California, to Florence Lela Berry aka Kimberley Ann Davis and William Bertran Reid.  He was the youngest of four children and spent his early years in El Mirage, California, where he enjoyed growing up on a small farm.  After his parents divorced, his mother moved the family to San Jacinto, California.  They later moved to Manchester, Vermont, and eventually to St. George, Utah.

On October 15, 1993, Stan married Melody Hall in St. George, Utah.  They had two children, Jerrell and Tara.  They later divorced.  He also had a second son, Russell, with Connie Flanagan.

Although Stan led a troubled life, he cared deeply about his family.  He enjoyed outdoor activities and work, and spent much of his time landscaping.  Stan always enjoyed a good joke and spending time with his sister, Lela, and his nephew, Mike.

Stan is survived by his children, Jerrell, Tara (Keenan), of St. George and Russell of Oregon; his sister, Lela Walcher (Edith) of Leeds, Utah; his brother, Wesley Jones (Cathy) of Thief River Falls, Minnesota; nephew, Mike Hale (Naomi), 13 nieces and nephews, 4 grandchildren, and his dear friend, Bruce Larson.  He was preceded in death by his parents, his brother (Randy Lee Jones), his grandson (Bentley), and his niece (Kimberly Ann Lopez).

The family would like to thank the nurses and doctors of St. George Regional Hospital for the care they gave Stan in his final hours.

To send flowers to the family in memory of Stanley Russell Reid, please visit our flower store.
Send a Sympathy Card