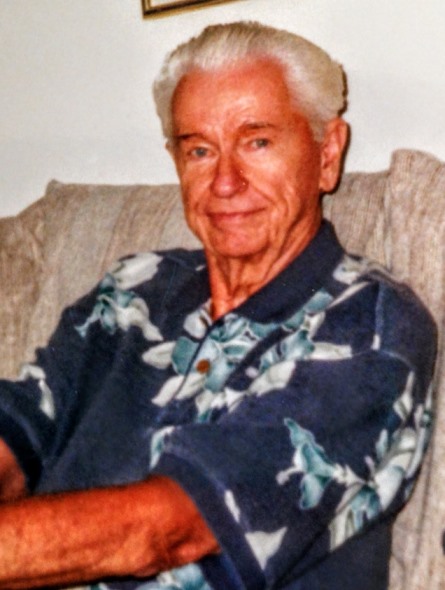 Stu age 90, passed away peacefully on Tuesday October 20, 2015 in Ivins Utah.  He was born in Centralia, Washington on October 6, 1925 to Olga and Karl Moldrem and raised in Bellingham, Washington.

He knew early that art was his calling.  His art schooling began as a child under college faculty at Western Washington College.  His art studies continued in Los Angeles, Seattle and Japan.

His talents were endless.  Stu was listed in Who's Who in American Art.  He was the army artist for the Stars and Stripes in Tokyo and went on USO tours during the Korean and Vietnam wars.  He started the Atelier of Art in Seattle and was an award winning artist for his sports and drama features at the Seattle P-I.

His love of sports had him highly involved with pro and college sports teams in Seattle.  The University of Washington honored Stu for 50 years of drawings of athletes with the Don Palmer Award. He was an honorary member at the Seattle Tennis Club and enjoyed his tennis and golf  with his wife Alice, at their home in Rancho Mirage, CA.

Stu is survived by his wife Alice, daughter Lisa, son Karl (Carolyn), step daughters Penny (Carl), Lynn (George), Kris and grandchildren David, Daniel, Carly, Adam, Luke, Lindsay, Shane and Julia. A special thank you to the St George Hospice and Southern Utah Veterans Home staff for their wonderful care and kindness. In lieu of flowers, donations may be made to the NW Parkinson's Foundation. www.nwpf.org.

To send flowers to the family in memory of Stuart Moldrem, please visit our flower store.