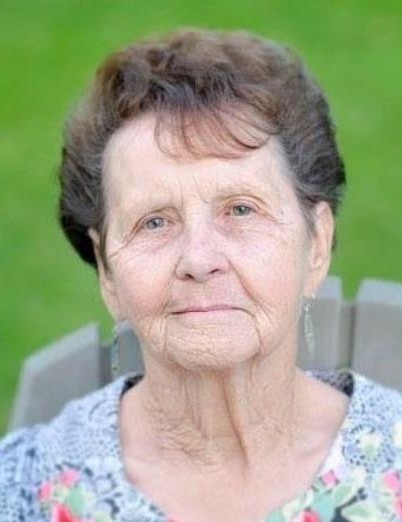 Sue Carter Davis, age 87, passed on to a better place on Tuesday, November 19, 2019.  With her children at her side, she returned to heaven to meet her spouse, parents and others.  Sue was born in Minersville, Utah to Newell Edwin Carter and Vera Dotson Carter on February 17, 1932.  She was the oldest of 7 children, Patricia (Dale) Nelson - Gunnison, John G. (Vicki) Carter - Milford, Neal D.(Shiree) Carter - Enoch, James S.(Dru) Carter - Eugene, OR.  The Carter family home was kitty corner to the Davis family home.  Sue was courted by the Davis’ 5th son Dick.  They were later married and the Dickson Henry Davis family began. Of this union, 4 children were born: Kathleen (Mike) Riley - Washington, Dickson Henry Jr. (Nancy) -  St. George, Darrel Brent (Susan) Davis and Tracy Gail (Verlane) Davis of Beaver, Utah.  Sue is preceded in death by her spouse Dick, parents Newell and Vera, brothers Newell Brent and Barlow Carter.

Sue grew up in Minersville and was married to Dick on July 26, 1948.  From there they worked and moved about in search of employment.  After trying mining, they moved to Utah County where Dick worked at Geneva Steel. Since Minersville was always home, they tried to return as often as possible.  In the late 50’s, Dick and Sue started a trucking company where they contracted delivery for the U.S. Mail hauling mail from post office to post office.  Mom and dad worked the business for the next 40 years.  Since Beaver was center to their operations, they built a new home on 400 E. and raised their four children.  Mom took local mail routes and those closer to home while dad traveled about Southern Utah in the middle of the night.  She cooked several years at Arshel’s, the hospital and later was the office manager at Beaver Medical Clinic.  Over the years, Dick and Sue owned several businesses, providing services to Beaver County residents their entire lives.  Mom’s contribution was raising the family and being the best mother possible.  She will be missed as she played a vital role for many of those around her.  Her lifetime passion was beautiful flowers and pursuing her archeological activities while camping in beautiful Southern Utah.  Her favorite places were “Out West” and up “South Creek”.  She had many special friends and loved doing things with them and her family.

Our family will honor our mother with services to be held Saturday, November 23, 2019 at the Beaver Main Street Chapel at 200 North.  A viewing will be held Friday evening from 6 to 8 pm at the church.  Services will be on Saturday at 11:00 am.  A morning viewing will be held from 9:30  to 10:30 am.  Sue will be interred at the Mountain View Cemetery in Beaver adjacent to her husband Dick and Great Grandchild Stella Davis.

To send flowers to the family in memory of Sue Davis, please visit our flower store.
Send a Sympathy Card