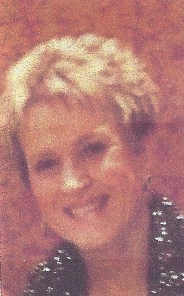 Susan Dianne Banks of Hurricane, Utah, formerly of Cedar City, Utah, passed away November 9, 2015 at Dixie Regional Medical Center. Susan is survived by her husband Richard Douglas Banks and her two children Molly Lake of Gardnerville, NV, and Michael McGuire (Amy) of Las Vegas, NV; also grandchildren Breanna and Trace Lake, and Gemini McGuire. She was preceded in death by her mother Margaret Atwood and her stepfather Bob Atwood. Susan was born in Houston, TX on November 27, 1946. She was raised and lived in Texas until 1996 when she moved to Cedar City, Utah where she met and married her husband Richard in 1998. She really enjoyed the mountains, the snowy winters, and the many opportunities she had to travel and see the country with her husband Richard. While in Cedar City she worked at Valley View Medical Center as administrative assistant to the hospital director where she had many friends and acquaintances. Susan loved life and everyone she ever met. She made people feel like they were her best friend. She had a bubbly personality and her step dad called her his "Champagne Girl". A memorial service will be held Saturday, November 21, 2015 at 1:00 PM at the Canyon View Stake Center 1985 N. Main Street, Cedar City, Utah.

To send flowers to the family in memory of Susan Dianne Banks, please visit our flower store.
Send a Sympathy Card