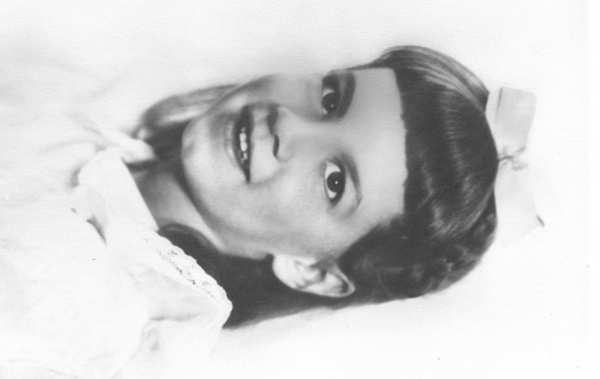 Our beautiful mother, sister and aunt, Suzan Skye Maycock Hawes, was
reunited with her beloved Gary on May 27, 2020, in St. George, Utah.
Suzan was born July 8, 1941, in Washington D.C., the second child and oldest
daughter of Richard Walden and Mary Elise Skye Maycock. Growing up she lived
briefly in Arlington, Virginia and Long Island, New York, but spent most of her early
years in Salt Lake City, Utah where she graduated from East High School. Suzan
received her BS in Social Work from the University of Utah where she was active
in the Alpha Chi Omega Sorority. She later earned her teaching degree.
From the time Suzan was young, she loved to ski and whenever possible she was
up at Alta with friends. She was very instrumental in helping to raise her younger
siblings and instill in them a sense of family unity.
When Suzan was in college, her father and mother were called as Mission and
Relief Society Presidents of the Church of Jesus Christ of Latter day Saints to the
Northern States Mission headquartered in Chicago, Illinois. During the summers,
Suzan came to the mission home to live. The first morning she had arrived, as she
gracefully descended the grand staircase to the staring eyes of many missionaries,
one of them suddenly bounded up the staircase, took and shook her hand and
said, â€œWelcome to Chicago; Iâ€™m Elder Hawes.â€ Suzan and Gary were married
January 24, 1964, shortly after Gary returned from his mission.
Suzan and Gary were blessed with four beautiful children and nothing was a
higher priority for Suzan than her family. She devoted her life to them and has
continued throughout her life with this devotion to her grandchildren. Because Gary
was in the Air Force, the family lived many places throughout the world: Louisiana,
Arizona, California, Florida, North Carolina, England, Germany and Korea. After Garyâ€™s
retirement, he flew for private individuals which took Suzan and Gary to Africa and
Nepal. Suzan traveled with family and friends to many exciting places. She has said,
â€œLive in a modest home, buy a modest car, and have experiences.â€ Her children have
fond memories of traveling to the Eiffel Tower, the Berlin Wall and Checkpoint Charlie;
skiing in Berchtesgaden; accompanying her on Volksmarches, touring castles and
museums, and enjoying many beach days.
Suzanâ€™s career revolved around working with children. She was a juvenile
probation officer in SLC, Utah. She taught elementary school in Fort Irwin, CA,
Osan, Korea, and in Littlefield and Beaver Dam, Arizona. When asked about
working with children who struggle, she replied, â€œThey may struggle, but give
them a chance and theyâ€™ll struggle for you.â€ Suzan and Gary were called as
missionaries to the Deseret Industries where her calling was specifically to work
with youth striving to earn their G.E.D. Suzan just recently became a CASA worker
in Utah. She was able to enrich the lives of all who came in contact with her.
When Suzan lived in North Carolina, she had the wonderful idea to rent a small
beach house and invite her parents and siblings to come and spend a week together
during the summer. There were 26 of us that first year with beds for about 12. Children
were sleeping on sofas and on the floor, and babies were tucked inside blanketed open
drawers. There was no air conditioning so the windows were open with a soft breeze
drifting through. Suzan had to haul over most of the cooking items from her home in

Goldsboro. Because of Suzan our family has continued this tradition of meeting at the
beach in North Carolina for the past 38 years. Her deep commitment to be united as a
family has been a binding force in the lives of her children and grandchildren, her
parents, her siblings, and her many nephews and nieces. Five generations have now
been blessed by Suzanâ€™s decision to have us gather!
Suzan was preceded in death by her parents, her brother John, and her eternal
companion, Gary. She is survived by her four children: Gary and Wendy Hawes of
Herriman, Utah; Sean Hawes of St. George, Utah; Star and Jason Widdison of
Logandale, Nevada; and Christian Hawes of St. George, Utah; her 15 grandchildren:
Austin, Sydney, Jackson and Shelby Hawes; Kenzie, Jake, Jordan and Hudson Hawes;
Skylar, Kaleigh, Keaton and Skotlyn Hill; and Micah, Ellie and Finn Hawes and her one
great-grandchild: Kyle Hill. She is also survived by her siblings: Richard and Merrilee
Maycock of Roswell, Georgia; Beth Harte of Salt Lake City, Utah; Jane Packer of Houston,
Texas; William and Kay Maycock of Atlanta, Georgia; and Mary Alice and Ray Butler of
Lucas, Texas; and numerous nephews and nieces. A family graveside service will be held
to remember the life of this remarkable woman.

To send flowers to the family in memory of Suzan Skye Hawes, please visit our flower store.
Send a Sympathy Card