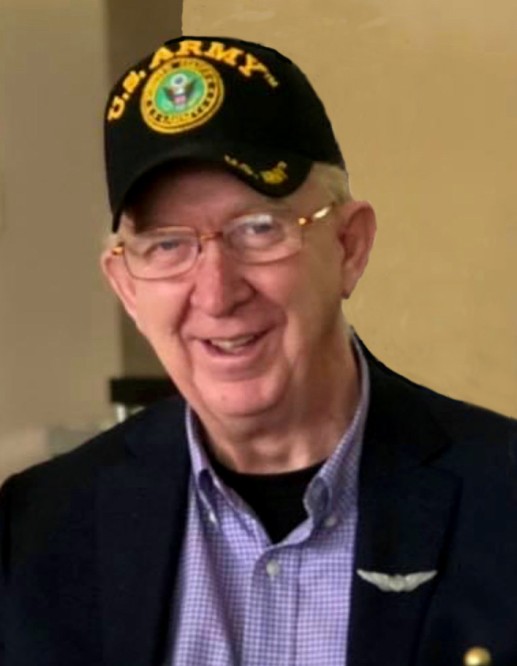 On August 21, 2020 Terry Glenn Farris passed away peacefully in the comfort of his home in St. George, Utah, at the age of 75, following a long battle with Parkinson’s.

Born on February 16th, 1945 in Jasper, Alabama to Floy Mae Martin and G.W. “Hickey” Farris. Terry’s father was serving in the US Army overseas in WWII and learned of his birth via telegram. Hickey returned to Alabama to meet his first born in 1947.

Terry’s childhood was spent in Alabama and Wyoming. Through these experiences he made friends easily and joyously embraced change looking forward to new adventures.

Terry loved to tease his twin sisters, Betty and Judy. They always had a good time and adored their older brother. Terry played high school football and worked as a DJ at the local radio station which enhanced his deep love of music. Proudly, he played football at the University of Wyoming in Laramie (Go Pokes!) and graduated in 1964 with a bachelor’s degree.

He met Priscilla Ane Martinez on a blind date and they married in 1965. Their first-born son, Shawn, arrived in 1966, followed by a daughter Michelle in 1968. In 1968, they relocated to California where he worked as a California Highway Patrolman. Being a CHP officer was one of the greatest thrills of his life; anyone who has met him has heard him relate his experiences.

During his years of active duty in the military, the family lived in Texas, Kentucky and Alabama. Terry flew helicopters, taught Army Intelligence School and retired as a major in the U.S. Army.

After many years of persistent Church of Jesus Christ Latter-day Saint missionaries and neighbors such as Paul and Jean Hanks, who became lifelong friends, they were finally baptized by a dear friend, John Edgel in 1971. They were later sealed in the Salt Lake City Temple.

Soon after they relocated to Monterey, California where Terry found the ocean to be a place of happiness. Their little family expanded when Tawnya was born in 1974 and Spencer in 1977. Terry’s first church calling in Salinas, California was a seminary teacher. There he discovered his passion for teaching and his testimony of the gospel deepened.

Due to the increase of crime and a growing family, they were drawn back to his home state of Wyoming, to live close to family. Terry found success in his primary career selling insurance and so with a job promotion and only one child left in the home, they later moved to Colorado in 1994.

In 2000, they settled in St. George, Utah to retire. In 2003, their youngest child, Spencer suddenly passed away, with His beloved wife Priscilla, following in 2006.

Shortly thereafter, Terry found love again and married Mary Darlene Cribbs and in an instant, inherited 5 more children- Doug, Shawna, Shannon, Jason and Aiden, along with grandchildren; whom he loved as his own. He and Mary loved hosting the holidays with family and friends, watching movies, dancing, and traveling to many beautiful places, including celebrating Mary’s 60th birthday in Paris. They loved being in each other’s company.

In December of 2013 Terry and Mary served a senior couple military mission for the Church of Jesus Christ of Latter-day Saints in England, returning home in June of 2015.

Sadly, after returning from their mission Terry was diagnosed with Parkinson’s; nevertheless, he marched onward with his trademark positive, optimistic, and determined attitude. He managed the progressive illness with humor and gratitude. He continued to travel, serve others and enjoy life. Terry loved all sports, traveling the world, all forms of art- especially dance and music, making people laugh, anything with wheels and wings and even rollercoasters. He was always up for anything and to experience any thrill and had a great love for his country. He was a Rotarian, loved learning about different cultures, opened his home to exchange students, old and new friends, and was extremely hospitable. He was authentic, compassionate, generous loyal, loving and a light in this world. Matthew 5:14-16.

Terry will be laid to rest following a viewing at the Hughes Mortuary on Monday, August 24th from 6-8 PM and then a celebration of life with military honors will be held at Tonaquint Cemetery in St. George, Utah on Tuesday, August 25th, 2020 at 9am.

To send flowers to the family in memory of Terry Glenn Farris, please visit our flower store.
Send a Sympathy Card