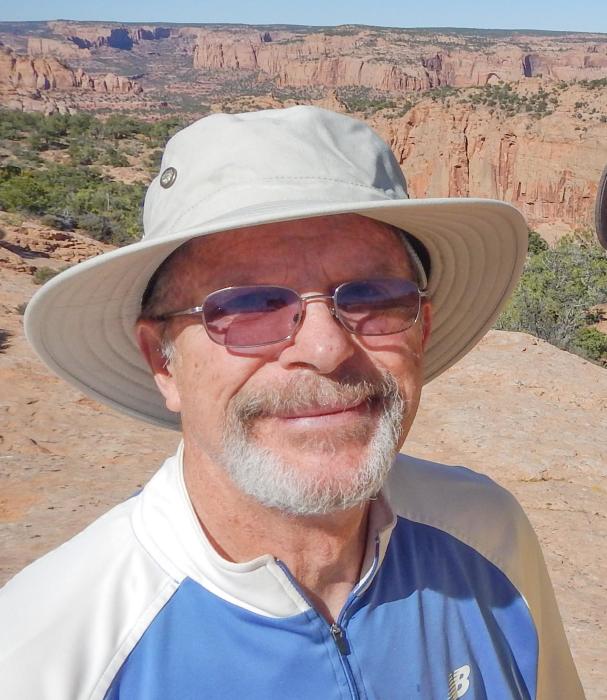 Terry Lloyd Tuttle - (77) 1942 - 2020, passed away peacefully at his home in St. George UT surrounded by his loving family. Terry was called back to his eternal home due to complications following his long, valiant fight against Multiple Myeloma (bone cancer).
Terry was born: Nov 26, 1942, in Logan, UT to Earl and Ellis (Amundsen) Tuttle. He grew up in several areas including: Logan, UT, Circleville, UT, Manti, UT and New Castle, CO. He attended Piute High School and graduated from Belfry High School in Montana. Terry attended Snow College where he was the president of the rodeo team. He also attended the University of Utah. He married his eternal companion Dina Lee (Bouck) on August 16th, 1963 in the Salt Lake City Temple. Terry worked at Hercules Aerospace/Alliant TechSystems and retired after 35 years. Terry was an exceptionally kind and gentle man with a “giant” heart who went out of his way to make all those around him feel special. Terry was an excellent skier, gifted woodworker, accomplished runner and an avid mountain biker; a man who enjoyed the outdoors and never felt more happy than when he was on an adventure with his loved ones.
Terry was a devoted husband who fawned over his wife, a loving father who was adored by his children, and a terrific grandfather who would do anything for his grandchildren. Terry was a
devoted and obedient servant of the Lord, a wonderful “big” brother and loving son. He led by example. He was the very definition of service to others, a man who put the needs of everyone else ahead of his own.
Preceded in death by his parents Earl and Ellis and younger brother Ned. Survived by his “Dear” wife Dina, Children: Sean (Eve), Lehi UT; Steve (Leilani), Highland, UT; Heidi, Highland,
UT; and Jake, St. George, UT; 11 grandchildren; sister: Erlynne (Joe) Nielsen, Ephraim, UT; brothers: Roger (Elayne) Tuttle, Kaysville, UT; Brant (Lorraine) Tuttle, Payson, UT; Bob
(Janiece) Tuttle, Richfield, UT, Paul (Laury) Tuttle, Farmington, UT.

Memorial services will be held on Saturday, November 7th, 2020 at 10:00 AM. Internment will take place in the Manti Cemetery.
*note: due to COVID-19 limitations, in person services will be limited to family and invite only; however, the services will also broadcast virtually. For an invitation and link: please RSVP via
email to: terrytuttlememorial@gmail.com with your name, email and relation to Terry.
Arrangements are made under the direction of Hughes Mortuary, 1037 East 700 S. St. George, Utah (435) 674-5000.
â— In lieu of flowers, we ask that donations be made to: The HealthWell Foundation (https://www.healthwellfoundation.org)

To send flowers to the family in memory of Terry Lloyd Tuttle, please visit our flower store.
Send a Sympathy Card