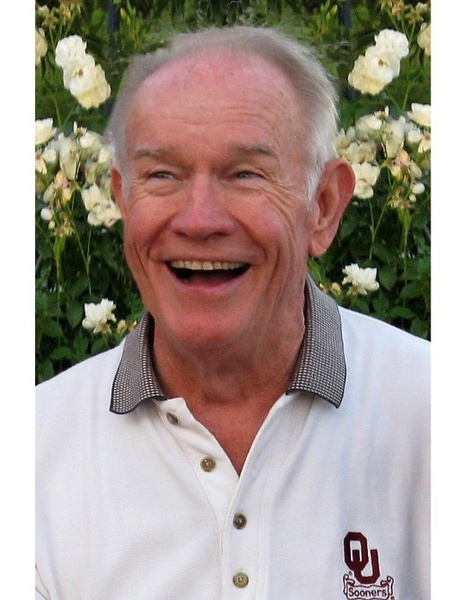 Washington, UT - Thomas Wayne Lindsay passed away peacefully at home, surrounded by family, on the morning of April 2, 2018.

Wayne was born July 10, 1935 in Fort Sill, OK to Homer George Lindsay and Loeva Marie Eppler.  He has one sibling.

Wayne's father served in the military, so Wayne moved often as a child - to Brownwood, TX; Biloxi, MS; Daggett, CA; Riverside, CA; and Lawton, OK.  He graduated from Lawton High School in 1953 and then attended his beloved alma mater, the University of Oklahoma, where he played trumpet in the OU marching band.  He graduated from OU with a Bachelor's Degree in Aeronautical Engineering in 1958.  He later earned an MBA from Oklahoma City University.

While at OU, Wayne met Rita Kay Newton.  They married on June 29, 1958, and raised three children in Oklahoma City, OK.  Their marriage ended in divorce in 1980.  Wayne later met Anita Fae Haskins while planning a single adult group ski trip, and they married on May 10, 1985.

Wayne was a hard worker.  As a teenager, he rode his bicycle to deliver newspapers and telegrams, he mowed yards, and he worked at a soda shop.  As an adult, he worked as an aeronautical engineer for Aero Commander and Rockwell International.  Later in life, he switched careers and opened his own print shop, a successful business that he ran in Oklahoma City for years.  After an extended downturn in the Oklahoma economy, he moved to Las Vegas, NV, where he began a third career as a GIS Specialist for Clark County, NV.  After his retirement, he moved to St George, UT.

Wayne was baptized into The Church of Jesus Christ of Latter-day Saints on March 13, 1985 while living in Oklahoma.  He remained active in the Church throughout his lifetime, having served as a Seminary Instructor, an Executive Secretary, an Elder's Quorum President, and a High Priest Group Leader.  After his retirement, he served a Church Service Mission in the Family History Center in St George, UT.

Wayne was a loving and kind man, who was well known for his broad smile.  He enjoyed family history work and cheering for his OU Sooners football team.  Most of all, he loved spending time with his wife, children, and grandchildren.  We love him and miss him greatly.

Funeral services will be held on Saturday, April 7, 2018, at 11:00 am at the Washington Fields Fifth Ward meetinghouse, located at 1867 South Washington Fields Road, Washington, UT.  A viewing will be held that morning from 9:30 - 10:30 am at the meetinghouse.  Due to allergies in the family, those attending the funeral are asked not to wear strong colognes or perfumes.  Interment will be in the Washington City Cemetery under the direction of Hughes Mortuary.  Online condolences may be left at hughesmortuary.com.  In lieu of flowers, donations may be made to the General Mission Fund of the Church.

To send flowers to the family in memory of Thomas Wayne Lindsay, please visit our flower store.
Send a Sympathy Card