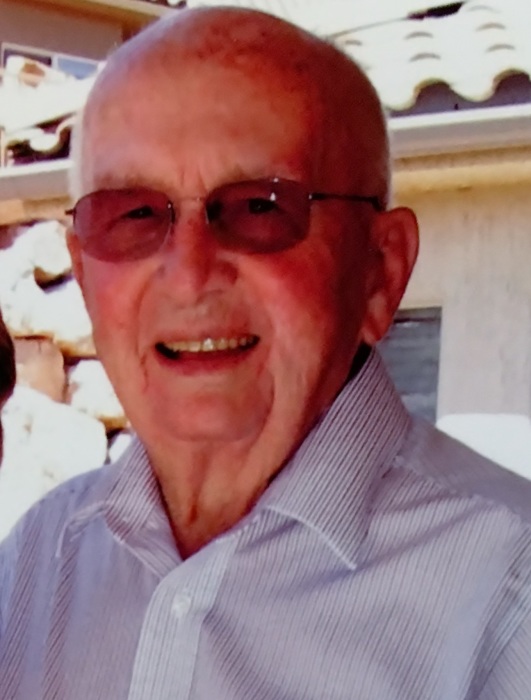 Thomas Sharp Silvis, 89, passed peacefully July 22, 2019 in Hurricane, Utah. To all family and friends
who knew him, he was “Sharp,” more formally he was simply known as “Tom.” He was born in Charles
Mix County, Lake Andes, South Dakota on August 27, 1929. From a very early age, Sharp was a farm
hand for his dad, Will. He remembered driving the tractor for his dad with a wedge of wood placed on the
clutch peddle when his legs were too short to reach it. Sharp was in junior high school when the family
moved to a large farm outside Elk River, Minnesota. He continued to help his dad manage the farm for
the owner since it was the Depression and jobs and money were hard to come by. With the end of World
War II, Sharp began building homes in Minnesota for returning GIs, thus beginning a very successful
career in construction. Throughout his life, Sharp was close to his Dad—farming—building—investing in
real estate—talking over any of the questions of the day. He often said, “Even after my dad passed away,
I would think of things to tell him and then remember he was gone.”
Sharp married the love of his life Corrine (Connie to most people) Knutson June 15th, 1951 at the
Basilica of St Mary in Minneapolis. For many years, they lived in several Minneapolis suburbs and
enjoyed gardening, swimming, snow skiing, and water skiing. Sharp drove the ski boat for anyone who
wanted to ski, especially for all the younger generations, with flies biting his ankles yet he kept driving.
When they moved to a farm outside of Maple Lake, Minnesota, Sharp commuted to Chicago to direct a
large construction project, while training the horses he loved. A favorite, Patty he missed long after they
retired to Utah.
Sharp and Connie were married 67 years with the last 25 plus years living in the Washington/St. George,
Utah area, a place they loved. Those of us who visited were always reminded that it was a “dry heat” in
Utah, so if it was 110 degrees, it wasn't as hot as Minnesota at 85. Most of us didn't agree, but listened to
the story each time. Sharp and Connie instituted a tradition in their early Utah retirement. He would
choose an outing one week, and she would choose one the next. Sometimes it would be to Zion National
Park, a favorite, or maybe a ski trip to Brian Head, other times it would be a longer trip such as the Getty
Museum in Los Angeles or a cruise. Always it was together. Their life was filled with gardening and
friends until Corrine’s passing in April 2018.
Sharp is survived by his sister Ruth Ann (Les) Schimelphenig; children Bill (Lenore) Silvis, Ringgold,
GA; Lucinda Silvis, Champlin, MN, Sue Holland, Litchfield, MN; Jen (Rich) Byrne, Arlington, VA; six
grandchildren, three great grandchildren, and many caring nieces and nephews. He was preceded in death
by his wife Corrine; parents, William R. and Ruth E. Silvis; sisters, Lorraine Silvis, Sr. Jeannette Silvis,

A memorial service will be held at Hughes Mortuary August 2nd at 10:00 AM followed by a private
family interment at Tonaquint Cremation Garden. The family is grateful for the loving care provided by
Carlos, Victor and all the wonderful hospice workers; all the staff and caregivers at Brookdale Southgate;
and Lindsay and Kami from Kind Hearts Senior Care, who so thoughtfully attended to both Sharp and
Connie in the final years.

To send flowers to the family in memory of Thomas Sharp Silvis, please visit our flower store.
Send a Sympathy Card