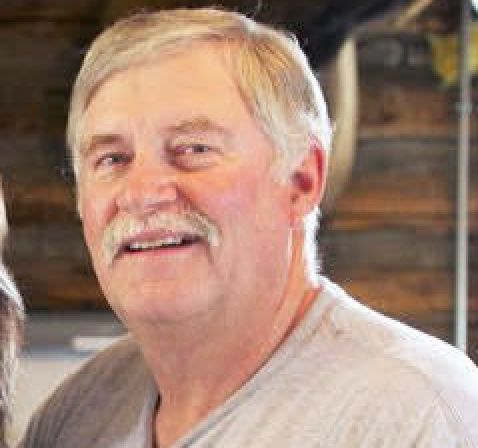 Tom Swindlehurst—Dad, Husband, Brother, Grandpa, Uncle and best friend to all who knew him.

Tom was born on June 1st, 1950 in Cedar City, Utah to Joseph “Rue” and Emma “Anne” (Slick) Swindlehurst of Beaver.

He was first married in May of 1972 in St. George to Lynn Jenson of Cedar City. They had two children together, Thomas Burke and Kathrynne. They divorced in 1977.

In May of 1979, Tom began dating Bonnie Jean Lowe of Beaver, and from the day Tom laid eyes on her, there would be no Tom without Bonnie. They were a match made in heaven, like chocolate and peanut butter…or Lemon Pepper and…well…anything (according to Tom).

Their courtship was brief (when you know, you know) and they were married on June 8th, 1979 in Beaver and later sealed in the St. George Temple. They had three children: Buffy Anne, Kade L., and Jordan J.

Tom was raised in Beaver where he and his three brothers (Richard, Sherman, and Kent) grew up. If there was one thing that Tom loved almost as much as Bonnie, it was his hometown and the surrounding mountains and nature. He loved and lived to be outside—whether fishing with his sons, hunting deer, elk or turkey with his brothers and numerous best friends, or simply taking an evening drive around North Creek with Bonnie to watch the deer come down from the hills and into the farm fields. For him, Beaver was heaven.

One of Tom’s favorite questions to ask of someone who didn’t live in Beaver was to inquire what the current price of gas was where they lived. Invariably, the reply would be 20 or more cents lower than the current cost of gas in Beaver, to which Tom always replied “Well, I guess that's the price ya have to pay to live in Paradise!” with his ever-present grin and chuckle.

Tom’s sense of humor was legendary. If you knew him (even for a few minutes) you were most likely treated to a joke (and even more likely) one that you never saw coming. Tom pulled so many legs over the years that those who knew him well would often begin to laugh as soon as they heard him start to speak, knowing what was likely headed their way. It was like watching a professional baseball pitcher beginning an elaborate wind-up. You knew something was coming, but you never knew just how fast, slow or curvy the ball was that was surely headed your way. All you really knew was that you’d better be ready!

He also loved to make up silly little sayings, like the one he came up with some years ago after the town of Beaver won a national award for having the best tasting water in the United States: “They say Beaver’s water is the finest in the land…Enjoy it by the cup or the flush of the can.” (Sorry, Bonnie. I had to!)

In 1968 Tom graduated from Beaver High School, where he was the Student Body President.

After graduation he promptly enlisted in the National Guard, and traveled to Fort Ord in California in February of 1969 for basic training along with others from the 222nd Field Artillery, or “Triple Deuce”  as it is known. There he would make many life-long friends serving as a cook, a skill he would continue to hone and enjoy throughout his life. If you were lucky enough to have Tom make you breakfast, you were very lucky indeed. Among his specialties were blueberry muffins, sliced “just-so” down the middle where he would deposit the perfect portion of butter, accompanied by a fried egg topped with his homemade mustard pickle sauce and, of course, some extra crispy bacon….Mmmmmm!

After his military training he served as an LDS missionary in the Aukland, New Zealand Mission and he would continue to serve his church faithfully throughout his life in many positions including the Bishopric, a church service mission in Beaver with Bonnie for the Bishop’s Storehouse and, most recently, working in the Baptistry at the Cedar City Temple, which he enjoyed enough to give up his favorite mustache for.

Tom worked 37 years for “Utah Power and Light” (and its subsequent owners) as a control room operator at their Blundell Geothermal Plant in Milford, along with a brief tenure at their Emery County plant in Ferron, Utah. He retired in 2016 and immediately began to catch up on his beauty sleep after several decades of shift work including many a “graveyard.” Tom was a master of the afternoon nap, and if anyone deserved to rest their eyes for a little bit every afternoon, it was him.

Tom was an immediate friend to anyone who was lucky enough to meet him and it was a rarity that he was sore at anyone. But, if you did make him angry, you definitely had it coming, “Ya gad-dang Pearhead!”

Tom is preceded in death by his parents, Joseph Rue and Anne Slick Swindlehurst.

Funeral services will be held Thursday, June 30th beginning at 11 AM, also at the Stake Center.

Interment and dedication of the grave will take place at the Mountain View Cemetery in Beaver located at 650 E 600 N following the funeral services.

We love you Papa Tom, and may the water in Heaven be even half as good as it is Beaver!

To send flowers to the family in memory of Thomas Swindlehurst, please visit our flower store.
Send a Sympathy Card