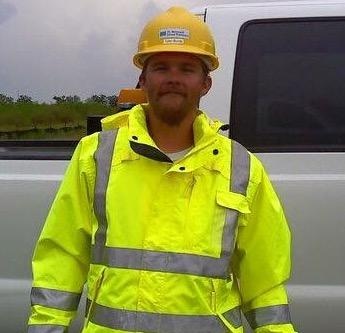 Tyler was raised in St. George until he was 13 years old when his family relocated to Mesquite, NV and later to Scenic, AZ.

At the time of his death Tyler resided between Las Vegas, NV and Scenic, AZ.

Tyler was a very loving father to his son and a fun loving uncle to Gage, Gracie and Macee.  He was an avid hunter and loved spending time on the Arizona Strip.  He loved motorcycles, four wheelers and big trucks.  He also loved his dog Pepsi who is lost without him.

Tyler was a very intelligent man who also liked to draw.   Spending time in the outdoors, teaching his son hunting and shooting skills, looking forward to a future of father and son time was Tyler’s passion.

Tyler was currently working in Las Vegas in the construction industry, as did his father, Doug, and his older brother Bryan.  Tyler had also worked in Louisiana, Wyoming, and Arizona, and enjoyed seeing other parts of the country.

He is survived by his son, Ashton, His father Douglas D. Bundy, Mother, Barbara (Sandberg) Bundy, Brother, Dexter Bundy, Sister, RaQuel Bundy and her children Gage and Gracie Woods, his niece Macee Jade Bundy, his Grandmother Rose Sandberg, and various Aunts and Uncles and Cousins. He is preceded in death by his Brother Bryan Bundy, October 18, 2008, his grandparents Chester L. and June L. Bundy and Floyd Sandberg, and his cousins Ken V Bundy and Kelly Bundy.

Tyler will be dearly missed by his family and many friends.

Arrangements are under the direction of Hughes Mortuary (435) 674-5000. Visit our website www.hughesmortuary.com to leave condolences.

To send flowers to the family in memory of Tyler Bud Bundy, please visit our flower store.
Send a Sympathy Card