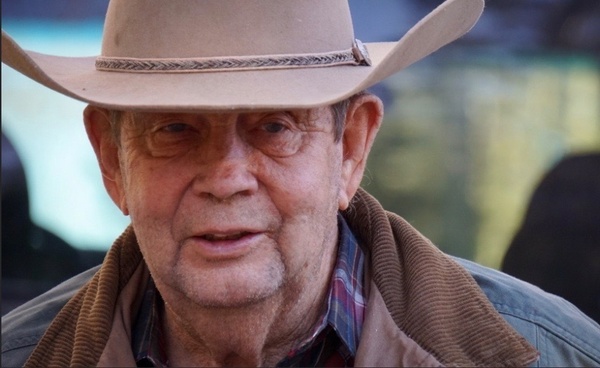 "Virgil Franklin Bice passed away peacefully in his home on June 9, 2020, surrounded by his loved ones. He was born on February 25, 1933 in Cornville, AZ. He is the oldest child of Virgil Jefferson Bice and Sarah Dodge Winona. When he was 10 years old, his parents divorced and his mother married Ura Jordan, who raised Virgil as his own. Virgil grew up traveling with his family and living on cattle ranches. At age 19, he joined the Air Force and served his country in that capacity for 20 years, retiring as a highly decorated Master Sergeant. On April 10, 1954 he married his sweetheart, Doloras Bundy, for time and eternity. Following his retirement from the Air Force, he opened a custom meat processing business. Virgil was an exemplary missionary and loved the gospel of Jesus Christ, faithfully serving in many callings throughout his life. Additionally, in 1988, Virgil and his beloved Doloras served a leadership mission to Singapore for the Church of Jesus Christ of Latter-day Saints. Years later, they served a second mission in Elberta, Utah and Martinâ€™s Cove, Wyoming where Virgil assembled handcarts and made buildings along the trail. Upon returning from their last mission, they served 13 years in the St. George temple. Virgil is survived by his dear wife, Doloras; four children: Virgil (Pam Hansen) Bice, Allen (Rita Miller) Bice, Debbie (Chuck) Hardy, Ray (Prudence Cornett) Bice; 22 grandchildren; 29 great-grandchildren; his brother, David Bice; and nieces and nephews too many to name. He is preceded in death by his parents and grandson Ryan Bice. The family would like to give special thanks to the wonderful nurses at Encompass Health for their tender care. Virgil will be greatly missed, but his legacy will live on the lives of those who knew and loved him."

To send flowers to the family in memory of Virgil Franklin Bice, please visit our flower store.
Send a Sympathy Card