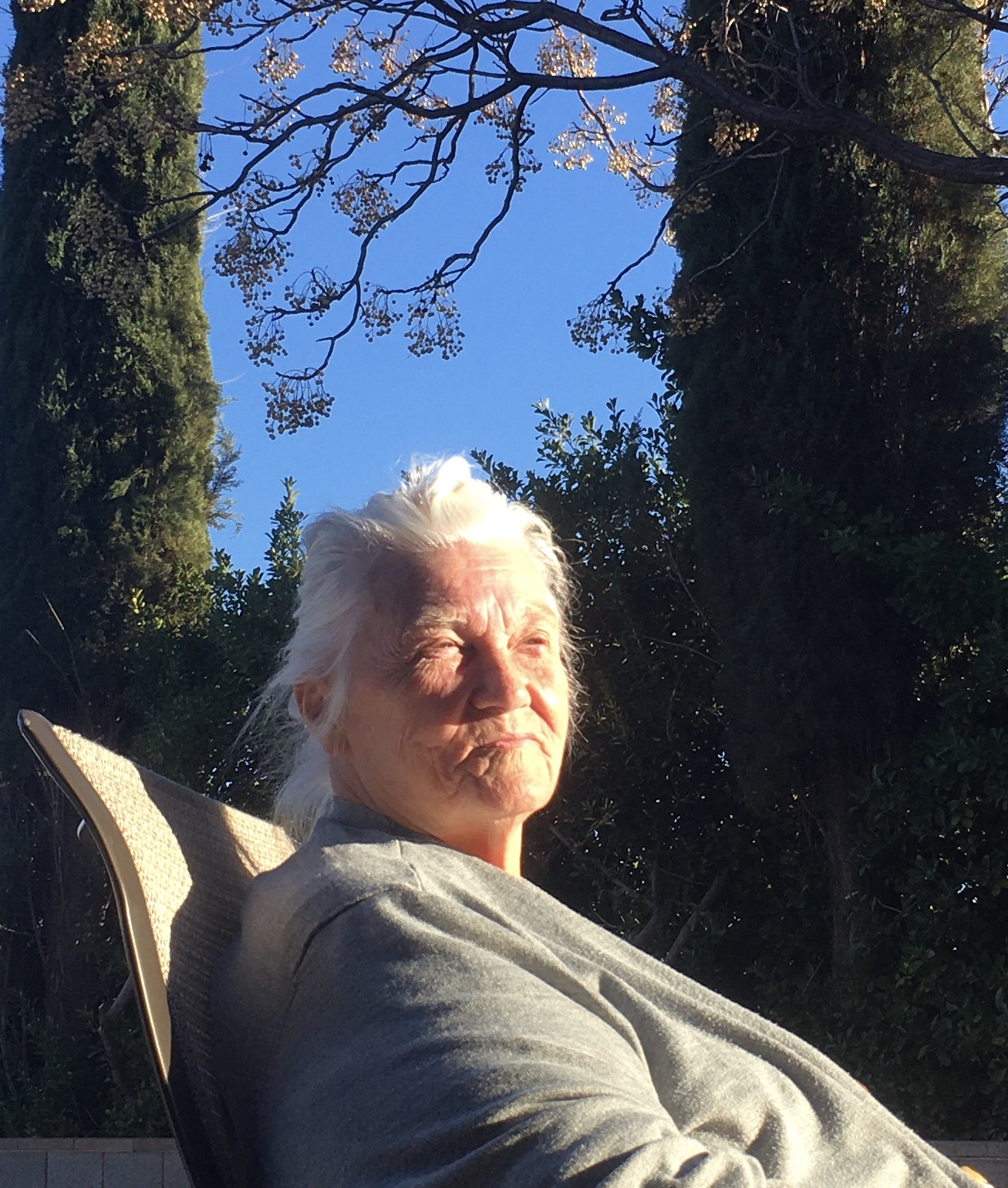 Virginia Ann Messervy passed away on Monday, February 28th at 2:10 AM at the age of 85 in the home of her daughter and son-in-law—Angela and Timothy Jones. She was born March 4th, 1937, in Lancing, Tennessee to Virginia Nell Byrd and Joseph Lee Stringfield. She married Lawrence Welling Messervy Jr. on September 5th, 1956, in Walterboro, South Carolina.

Virginia’s earliest memories were forged in the Smoky Mountains of Tennessee. Her father worked for a lumber company, and his work brought the family to Colleton County South Carolina when she was about 4 years old. At that time, she met her childhood friend Barbara Reed and the two girls bonded for life. Virginia spent much of her childhood amongst the Longleaf Pine in her hometown of Cottageville. She loved the woods and could often be found sitting high up in the branches of “Old Faithful”— Live Oak tree that was “perfect for prayin’ and avoidin’ the switch.” As a married adult, Virginia left South Carolina and established homes in Niantic, CT; Salem, CT; Marlton, NJ; and finally settled in San Diego, CA. As a widow she left San Diego and spent her last few weeks in Washington, UT. Virginia found the beauty in each of these places. She marveled at the autumn foliage and the snow-covered rolling hills of the east. She loved the constant sunshine of California and the desert breezes in southern Utah.

Virginia loved gardening. In Connecticut, she grew beautiful vegetable gardens. Her favorite flowers to grow were zinnias, four o’clocks, and nasturtiums. She played the piano and had a beautiful voice. Her children, loved to hear her sing and play. One of her favorite callings in Church was as the Primary Pianist. She served at the church genealogy library and found joy conversing with Ann Marie Peterson, her good friend, and an avid genealogist. Mom loved caring for her family. She was an amazing cook, and her daughters cherish her recipes which now fill their homes with the tastes and aromas from a joyous childhood.

Virginia was very active in her church, The Church of Jesus Christ of Latter-Day Saints, and spent time as the Relief Society President in her ward in Connecticut. She had a great testimony of the truthfulness of the Church and was a faithful and devoted daughter of our Heavenly Father. She found peace in the temple and attended frequently when her health permitted. After her husband died, she would attend the temple with the help of her friends Nancy Mori, Teresa Holland, and other church members who loved and cared for her. Mom was supportive and proud of her children who went on missions, Lee, Angela, and Lance.

Such a full life! Her top priorities were the Church, her husband, and her children. Virginia’s marriage to Lawrence was—and is—truly the greatest love story. They were so devoted to each other and cared for each other for 64 years. One of the treasures of their marriage was laughter—right to the end! They laughed at private jokes and found so much humor in life. Virginia had a hilarious sense of humor and could tell a great story! She complemented her husband’s drier, more subtle humor. The two of them together provided safety, security, and an example of true love to all their children.

Virginia was the mother of nine children. She loved each child unconditionally and nurtured them with devotion. She gave them a priceless gift—knowing they were loved and teaching them, by example, how to love. She considered motherhood to be a holy calling and devoted her life to it. Her passing was a sacred and beautiful event shared in deep reverence and love by her children. In her last days, she experienced tender care from her children and the joy of seeing them care for each other.

We love and miss you so much, mom! We are at peace knowing that you are filled with joy being with our father and always watching over us.

On November 16, 2020, at 9:05 PM, Lawrence Welling Messervy Jr., loving husband and father of nine children, passed away peacefully surrounded by his family at the age of 89 years.

Lawrence or “Welling”—as he was fondly called—was born on May 28th, 1931, to Lawrence (Sr.) and Dorothy Messervy in the beautiful city of Summerville, South Carolina. Lawrence had 5 siblings. His older brother, Edwin, died in infancy. Lawrence was raised with his older sister Helen, and his three younger sisters, Margaret, Marie, and Dorothy (Dodi). He loved to swim and spent much of his childhood in the warm ocean currents of Myrtle Beach or diving in a local backwoods watering hole.

As a young man, Lawrence went on to serve his country, entering the U.S. Air Force, and attaining the rank of Sergeant. He then received His Bachelor’s degree in Electrical Engineering from Clemson University in 1958 and enjoyed a long and successful career in various management positions within major corporations. He worked on many important projects ranging from sonar systems in submarines to developing radar systems in the F-14 Tomcat and the Stealth Bomber.

On September 5th, 1956, he married the love of his life, Virginia Ann Stringfield. He first spotted Virginia while she was selling shoes in a local shoe store. That very day he told his sister Margaret, “I’m going to marry that girl.” And so it went, from dating to marriage. Their first years were full of loving adoration and penury! Lawrence was still in college working as a TV repairman when their first was born. Together they brought six fine sons into the world: Lawrence III, Lyle, Lee, Louis, Lucas, and Lance, and three wonderful daughters: Tracy, Angela, and Jennifer.

Welling was a true Southern Gentleman. He taught honesty and integrity and led by his fine example every day of his life. To all who knew him, he was a good friend and loving family man. He was always ready to help, with a cheerful word, infectious smile, and his kind, compassionate spirit. He was a devoted and stalwart member of The Church of Jesus Christ of Latter-Day Saints and served in numerous Church positions including Branch President, Bishop, and Temple Ordinance Worker in the San Diego Temple. His love and commitment to his family and the Lord were his driving passions—these were the deeply held values that guided his life.

Lawrence Welling Messervy Jr. will be remembered as being an intelligent and capable, yet exceedingly humble man. He will be dearly missed by all his friends and family...lots of children, grandchildren, nieces, and nephews. He has an enormous loving legacy—too many lives to mention here—who were blessed to be able to walk this path and share this sacred journey with him.

There are innumerable warm and humorous anecdotes that can, and will most certainly be, told about him amid the tears of joy and the sadness of his passing. However, there are simply not enough pages in the book of life to capture them all, nor are there adequate words to truly express our gratitude at having been a part of his life.

Virginia is predeceased by her parents, Joseph Lee Stringfield and Virginia Nell Byrd, and her brothers Joseph Lee (J.L.) and Jack. She is also predeceased by Barbara Reed (referred to by Virginia’s children as “Aunt Bobbie”).