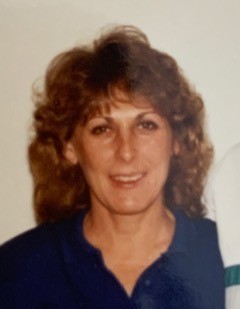 Virginia was born on January 25, 1950 in Orange, California to Alex M. Pinelli and Patricia Joyce Huson. After high school she worked and took some college courses. On June 6, 1970 she married Daniel Joseph Didier and they had a daughter named Susan Carole. They divorced in 1974 and she later met and married Thomas Maynard Rolfe.  The two relocated to Lake Havasu and opened Lake Havasu Auto Sales. They remained married until 1993. After the divorce, Virginia worked for a phone book company and enjoyed it so much that she opened up Lake Havasu Phone Book with a friend. It became her passion and she worked tirelessly doing what she enjoyed. She retired in 2011 and moved to St. George, Utah to be near her daughter.

Virginia had a passion for cooking, sports, reading, shopping, decorating, and spending time with family. She enjoyed watching cooking channels and preparing meals for her family, especially during the holidays. She was a dedicated sports fan and enjoyed Fantasy Football with her siblings. She was an avid reader and especially liked historical fiction novels about WW2. One of her favorite pastimes was going to different stores and shopping for clothes and things to decorate around her home. She had a knack for decorating and every home she had was tastefully decorated. She spent a lot of time with her family in Utah and connecting with her siblings.

Due to the Covid19 pandemic a Celebration of Life will be tentatively planned for June.

To send flowers to the family in memory of Virginia Irene Pinelli, please visit our flower store.
Send a Sympathy Card