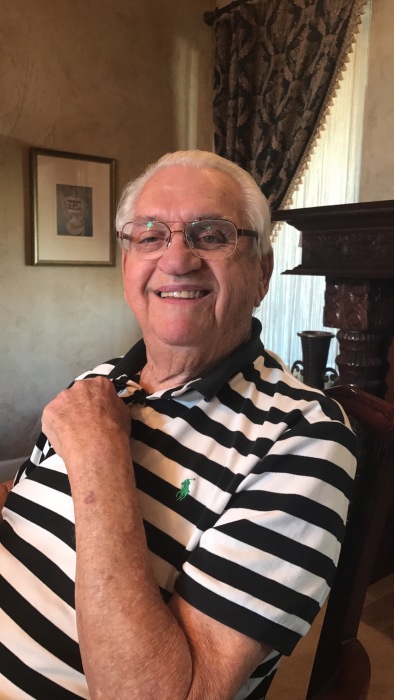 Walter Thomas Kaiser born the 6th of September 1925 to Theodore Charles Kaiser and Bessie Price in Dent, Cincinnati, Ohio. Shortly thereafter the family moved to Cheviot, Cincinnati, Ohio where he spent his childhood playing baseball at Harvest Home Park located close to his home at 3716 Phoenix Ave. Once while playing baseball in the street while over running first base he fell into a board sticking out of the truck of a parked car. Unfortunately, he lost his left eye as a result. This affected him his whole life. Although he was drafted into the army, this prevented his going into combat. His assignment was guarding German Prisoners located in Florida.

He married Muriel Ruth Baird on July 10, 1943 in New Port, Kentucky. Two years later their first Child, Donna Rae, was born followed by Cheryl Lynn, and Robert Thomas. Dad wanted out of the Army bad enough that he actually took part in a Mustard Gas Experiment which left him with terrible headaches for years. He also was involved in an electrical accident where the barrel of his rifle hit a live wire earning him the nickname "Dynamo". Eventually he and his little family ended up back in Cincinnati where they lived in the Army Barracks. Many more moves lay ahead for this vagabond like family. He primarily worked for the United States Post Office but had paper routes earning extra money to provide for his family. His family meant everything to him. We all knew we were loved and cared for.

Dad retired at the young age of 47 because of back problems due to being a mail carrier for all those years. He and Muriel (Mother) traveled and moved almost constantly finally ending up in St. George, Utah. They loved the warm climate and lived by Cheryl and her family and we loved visiting frequently. Dad took good care of Mom as she became afflicted with Alzheimer’s , never letting the struggle dampen his spirit to live and be happy. Mom passed away March 11th, 2012.

After Mom passed away, Dad lived in a couple of assisted living homes, the last being the Veterans Home in Ivins, Utah. Dad passed away November 8th, at his daughter, Cheryl’s home, after suffering a stroke a week earlier. He is survived by his three children, Donna Jorgensen, Cheryl Vause-Cannon, and Bob Kaiser. Also, 15 grandchildren, 35 great-grandchildren, and 5 great-great grandchildren. His sister, Grace Pfaff and a brother, James Kaiser. He was preceded in death by two sisters, Bessie Flack and Mary Littlemann and brothers, Theodore Harry Kaiser, Albert Kaiser, Frank Kaiser, Richard Kaiser and Laurence Kaiser. A family Graveside service with Military Honors will be held November 16th at 1:30 pm at the Tonaquint Cemetery in St. George. He will be laid to rest beside his wife, Muriel.

To send flowers to the family in memory of Walter Thomas Kaiser, please visit our flower store.
Send a Sympathy Card