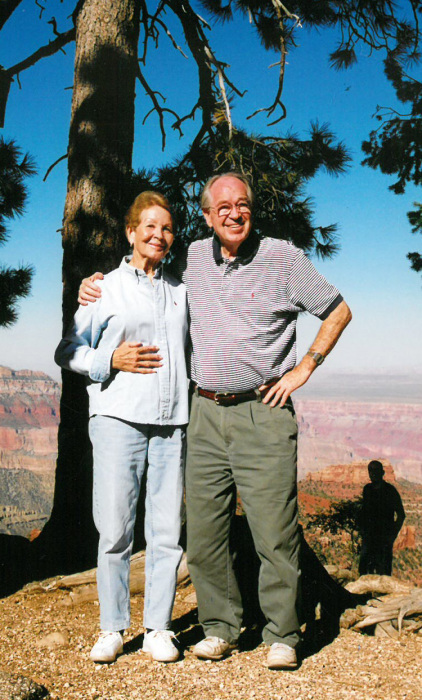 Wanda Watts Bushnell passed away on June 29, 2017 after a heroic struggle with cancer.

She was born in Kanosh, Utah on February 19, 1931 to Willford and Thrella Watts.  She was the fourth of seven children. They grew up on a farm where she learned to shoot a gun, herd cattle, fish, ride horses, bail hay and take care of herself with few luxuries. They lost their mother when she was 14.

She graduated from Millard High School and attended SUU.  She later moved to Salt Lake City, Utah where she worked as a secretary for the Bentz Company.  There she met and later married John K. Bushnell.  Together they had three children, Lori, Jeff, Denise and step son Kevin.  They raised their family in Salt Lake then later moved calling Southern Utah their home.

In her younger years she was on excellent softball player then later took up golf.  Her and John were members of the Bloomington Country Club and her love of golf earned her many awards and lifelong friends.  She served as the Relief Society Secretary for several years in the Bloomington fourth ward.  Her love of nature took her and her family to the mountains throughout her life.  She could be found in her flower garden alongside the hummingbirds most days and evenings, or lost on a dirt road on a new adventure, watching golf or driving home late after a late night of winning at video poker.

She was a humble, graceful, classy, quick witted, strong woman who gained a lot of admirers and respect throughout her life.  She rarely ever complained, even during the last few years when she took care of her ailing husband until his death and through her own health struggles.

A respected mother, grandmother, daughter, sister, wife and friend.   Always there to help without judgement.  Words cannot express how much she’ll be missed.  She is preceded in death by her husband John, mother and father and her eldest brother Ivan Watts.  She is survived by her children, named above and her grandchildren  Johnathon Brazell, Aviana Bushnell, Jordan Brazell, Daughter-in-law Astevia Bushnell, brothers and sister in law, Raymond Watts, Doug and Sandy Watts, Olive Watts, Sisters and brother in law Gloria Bishop, Marilyn and Von Snow and Revon Udy.

At her request there will not be a funeral but rather a family and friends reunion at a later date in Salt Lake City.

Our family would like to acknowledge and say thank you for the love and support we received from Dr. Joseph  Te, Dr. Stephen Chase, Rachael Pew (Dr. Te’s nurse) and staff, Lynette Binggeli (Southern Utah home health nurse) and aids and to DeAnn Jensen who was someone who cared to the end.

To send flowers to the family in memory of Wanda Watts Bushnell, please visit our flower store.
Send a Sympathy Card