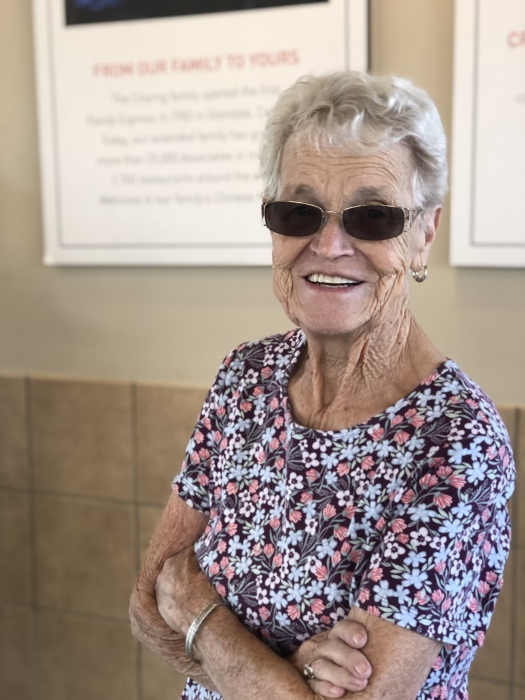 Our sweet angel here on earth, Wenda Marjorie Turnbeaugh, age 82 passed away in the early hours of Sunday, February 02, 2020.  She was born on October 28, 1937 to James Mark Nelson and Wenda Ruth Nelson (Dutton).  She married Jerry McLain Turnbeaugh on February 16, 1955.

She was raised in Panguitch, Hatch and St. George, Utah as her daddy located in those areas to work in the logging industry.  She was the oldest of 8 children and they have always stayed close throughout the years.  Family reunions ensured that the next generations remained just as close.  Each year the family always looked forward to their opportunity to own one of Wenda’s annual quilts.

Soon after she married Jerry Turnbeaugh he enlisted with the United States Air Force and they began a journey together which took them around the world.  Before they were first stationed overseas they adopted two girls.  Shortly after adopting Deena they moved to Izmir, Turkey which was a life changing adventure for all of them.  They had opportunity to live in many places including California, Wyoming, and  Virginia.  They experienced different cultures and gathered some special memories and souvenirs along the way.

Wenda spent much of her time sewing.  She could sew anything.  She created beautiful quilts that have been collected and loved by all.  She also loved travel.  Her most peaceful times were spent in a car traveling the great roadways of our country.  She embarked on many road trips with her sisters or with all her siblings for annual trips.  She enjoyed traveling across the states from Virginia to Utah each month of October to visit family.

Her favorite people were her family, who will miss her.  She will always hold a special place in the heart of each and every person who knew her.  She was always thought of as our angel here on earth.  Her family has always felt she’d already earned her golden thrown in heaven just by the way she had lived her life and endured her burdens.

She was preceded in death by her parents James Mark Nelson and Wenda Ruth Nelson, her sister Ruby Ann Gates and her husband Jerry McLain Turnbeaugh.

A graveside service will be held at 11:00 am on Saturday, February 8, 2020 at the Washington City Cemetery located at 300 Park View Drive, Washington, Utah.

To send flowers to the family in memory of Wenda Marjorie Turnbeaugh, please visit our flower store.
Send a Sympathy Card