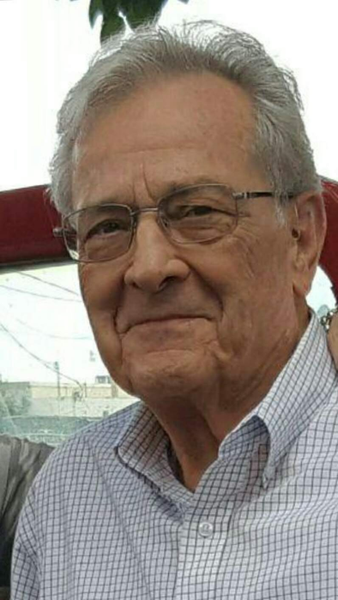 William “Bill” Lee Fulton, a beloved husband, father and grandfather, age 87, returned to his Heavenly Father’s care on Thursday, December 5, 2019. Bill passed away peacefully in his home in St George, Utah. He was born to John Richard Fulton and Eleanor Charlotte McGuire Fulton on August 17, 1932 in Butler, Pennsylvania. His parents taught him to treat others with respect, to be strictly honest, to work hard and to always go the extra mile. These are lessons he learned well and exemplified throughout his life.

Bill spent all of his youth in Butler, PA. He attended the Center Avenue School (where he swore he invented the peanut butter and jelly sandwich) and Butler Junior High School where he was introduced to the trumpet and played in the beginners band eventually playing as first trumpet. He listened to Tommy Dorsey and Glenn Miller and practiced playing “Flight of the Bumblebee” so he could someday sound like Harry James. Bill attended Butler High School where he greatly excelled in math and science. His musical talent and love affair with the trumpet and Big Band Music continued throughout his younger years giving him many opportunities to play and compete throughout Pennsylvania and eventually leading him to recruitment and enlistment at age 17 into the Pennsylvania National Guard to play in the band.

The Korean War began soon after graduation. Bill was called into active duty to serve in the medical company of the 112th Army Regiment in Western Pennsylvania. He boarded a train for Camp Atterbury in Indiana where he drove a Jeep, worked as a medic and played TAPS and Rivele. After nearly single handedly saving a company of 200 men sick with severe food poisoning, he was promoted to Staff Sergeant and accepted to be a medic for the Ranger Company with surgical training and was eventually stationed in Germany.

In 1952 and after returning home from his military service, Bill began attending the University of Cincinnati where he studied Electrical Engineering and participated in a cooperative education program with ARMCO Steel company designing heavy equipment installations and eventually designing a magnetic device used to stir molten steel and decrease the melt time, allowing them to produce a specialty stainless steel that was used for the leading edge of the B58 Hustler bomber. During his senior year in October of 1956, Bill married his first wife, Kaye Enyeart and moved to Middletown, Ohio where Kaye could work in the ARMCO home office and Bill could be closer to school where he soon needed to be full time. Shortly after his graduation from the University of Cincinnati, the two moved to Seattle, WA where Bill went to work for Boeing Airplane Company. In October of 1958, Bill and Kaye welcomed their first child, a son they named Jeffery. A couple years later in 1960, the small family moved to Tucson, AZ where Bill had been given a position as the engineering department manager with Hughes Aircraft Company. In December of 1961, the couple was blessed with their daughter Anne. The couple divorced in 1980. Bill remained in Tucson and continued to work for Hughes Aircraft Company participating in the design and development of the Phoenix Missile system, among others. He continued to work for Hughes Aircraft Company until his retirement in 1990.

It was at Hughes where Bill met his forever sweetheart and beautiful wife, Chloe’ Ann Hoopes Fulton. They were married in 1981 in Tucson, AZ. Soon after they were married, Bill became a member of The Church of Jesus Christ of Latter Day Saints and in 1983 they were sealed in the St George, Utah temple. Bill was a tremendous help to Chloe’ in raising her two daughters, Tyra and Ashley, and was a wonderful father and grandfather to them and their children. Bill and Chloe’ enjoyed doing many of the same things and had a wonderful life together, serving and sharing their time and gifts with others. They felt extremely blessed to be together and their marriage was filled with love and kindness and caring for one another.

In 2003, Bill and Chloe’ moved from Tucson to St George and were greatly missed by their Tucson family and friends. Bill loved the gospel and served in a multitude of church callings including Branch President for the Tucson Federal Prisons and as a Stake Missionary. He loved science, especially astronomy and physics and was one of Albert Einstein’s biggest fans. He loved world and church history and political science. As an avid reader, Bill was rarely seen without a book by his side or in his hand. Mostly, Bill loved his family and was deeply loved and appreciated by all of them. He was full of wisdom and knowledge and loved to teach his family the things he had learned and to share stories of his life experiences. These are memories his family will always treasure. He was an example to all and was known his whole life for his strong moral compass; hard-work, honesty and integrity. He will be greatly missed.

The funeral will be preceded by a viewing from 9:30-10:30am at the same address.

Interment will be at the Washington City Cemetery.

Arrangements are made under the direction of Hughes Mortuary.

To send flowers to the family in memory of William "Bill" Fulton, please visit our flower store.
Send a Sympathy Card