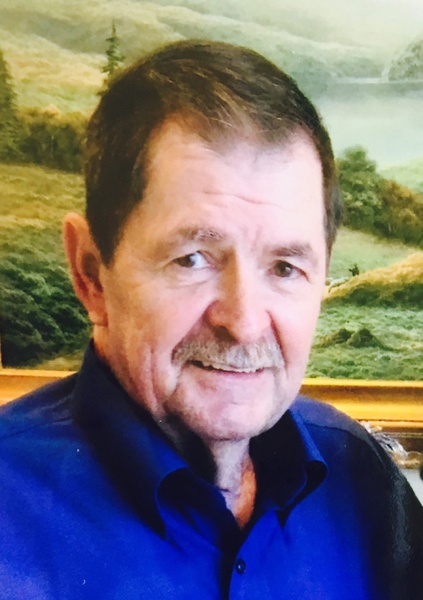 St. George, Utah – William (Bill) O' Neal Hogan , 74 years old, was born in Memphis Tennessee December 10, 1942 to parents Eunice Jason "Jay" Hogan and Sadie Elizabeth Howard. He passed peacefully in his sleep on May 22, 2017 due to complications related to a prolonged respiratory illness.

Bill was born and raised in Memphis, Tennessee where he attended Treadwell High School. After high school he joined the Marine Corp, where he served faithfully for four years. A few years later, while working full-time, he finished a degree at State Tech with an emphasis in electronics.

Bill lived most of his life in Tennessee, except the time he traveled during his military service and then ultimately retiring to Utah to be closer to his children and grandchildren.

He worked the majority of his career, 28 years, as an industrial electrician, for Kimberly- Clark Corporation. He then worked for another 11 years at FedEx.

His hobbies were varied but his primary interest was always on raising his children. He loved coaching his children's baseball teams, bowling, playing softball and golf and beating everyone in the corn hole game. He was ambidextrous and would good-naturedly laugh at anyone when they couldn't use both hands, or switch hit, as well as he could. He also enjoyed building and inventing. The last project he completed, just days ago, was fabricating a small plastic piece to repair the flagpole in his front yard.

Bill spoke often of the vacations he took with his wife early in their marriage. They would take off from Tennessee in their VW bus and ended up in places like Arizona, Texas, New Mexico and even Tijuana, Mexico.

He also traveled professionally with Kimberly-Clark to make recommendations for new equipment and machinery the company was considering purchasing. He was especially proud of the work that he did on the 'Pronto' driver-less train system for the Memphis plant that took him to New York, Nina, Wisconsin, Kalamazoo,Michigan and Toronto, Canada.

He liked grilled cheese sandwiches, and cheese and crackers but did not like cheese melted on broccoli or casseroles. He loved any type of sci-fi movie or scary movie, as long as it wasn't gory, but the scarier the better.

He always wanted to see a UFO. He loved the saying - Beam me up Scotty! He hoped to live long enough to have a real life Dr. Bones McCoy scan his body to find cures for what ailed him.

He loved ice cream! Anytime! Any flavor! And he would always ask for a cherry on top! He hated rice! Primarily because of a bad memory of spoiled food they had to eat in the military. He would tell us that a pan of rice look like a big pan of maggots!

He was extremely proud to serve in the US Marine Corps and on the Aircraft carrier USS Intrepid. Even there his humor and creativity were evident. He would take a jeep off the ship and then drive until he found a large banana stalk to cut. He would then take them back to the ship to sell to his shipmates at a nifty profit. While serving in the Marines his small detachment helped pick up astronaut Scott Carpenter from the Project Mercury mission, that veered off course over 250 miles. He often commented how it was like trying to find a needle in a haystack. He was kept in sick bay part of that day because he one of the few that had the same blood type as the astronaut.

Bill was also extremely proud of the LDS mission he and his wife Sylvia served at the LDS conference center. Even when mom's health wouldn't allow her to serve anymore, and he was offered a release of that mission, he was insistent he be allowed to finish.

Most recently his favorite past times included being a master sudoku player, enjoying the view from the front porch in the mornings and watching the hummingbirds from back porch in the afternoons. He would often comment about how peaceful it was here and how glad he was that they moved to St. George.

He is preceded in death by his parents, his Sister, Linda Ellison, and an infant sister and brother (name's unknown).

Interment will be at Ben Lomond cemetery in North Ogden, Utah on Thursday June 1st at 1:30 p.m.

In Lieu of flowers donations may be made to Saint Jude children's research Hospital in Memphis, Tennessee (stjude.org) and Primary Children's Hospital Salt Lake City Utah.

To send flowers to the family in memory of William "Bill" O'Neal Hogan, please visit our flower store.
Send a Sympathy Card