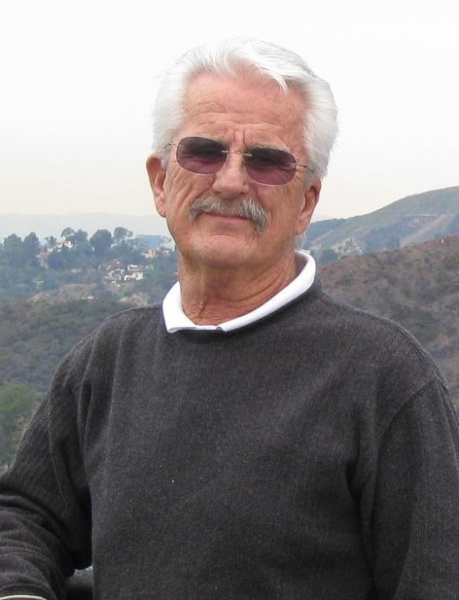 William (Bill) Ronald Pearce was born on May 27, 1940 and passed away on June 5, 2020 at the age of 80 years old in St George, Utah.  Bill was born in Salt Lake City, Utah to J. Ronald and Edith Barber Pearce.  He had one older half-sister, Jackie Hadley and they lived in the Sugarhouse area.

At the age of 14 he met the first love of his life, Louise M Goodyear.  After they both graduated from South High School in 1958 and finally won her father’s approval, they were married on July 31, 1959.  They lived in Sandy, Utah for 48 years and had 4 children.  He had a great passion for classical music and was invited to play in concert at the Capitol Rotunda where he played the French Horn.  Throughout his life he was a successful 2nd Generation Journeyman Plumber where he worked on private and commercial projects.  When his two sons were old enough for Cub Scouts, Bill became a Cub Scout leader.  His love of camping, hunting, fishing and bowling was enjoyed by and passed down to the entire family.  To keep his mind sharp, he would complete the Sunday crossword puzzle in the Salt Lake Tribune with a pen, never a pencil.  In 2009, Bill and Louise celebrated their 50th wedding anniversary with family and friends.  Louise passed away a year later in 2010.  They were later sealed for time and all eternity in The Church of Jesus Christ of Latter-day Saints Temple in Draper, Utah.

In 2012 he met another special woman, Carolle Strothers, and they were married on September 5, 2012 in Las Vegas, NV.  They moved to St George, Utah shortly after they were married.  He picked up the art of wood carving and shared many of his amazing projects for others to enjoy.  He continued his love of bowling and was the president of the bowling league in the Sun River community.  Bill and Carolle had a great group of friends and enjoyed their social gatherings.  His silly wit and big heart will be missed by many including their new puppy named Charlie.

Family and friends are invited to the graveside services that will be held at Wasatch Lawn Memorial Park Cemetery located at 3401 Highland Drive, Salt Lake City, Utah on June 12th at 11:00 am.  In lieu of flowers, please donate to your favorite charity in his honor.  Please comply with COVID-19 current regulations and wear a mask during the services.  Thanks to Hughes Mortuary in St George, Utah for the special care and transportation for Bill's final journey.

To send flowers to the family in memory of William "Bill" Ronald Pearce, please visit our flower store.
Send a Sympathy Card