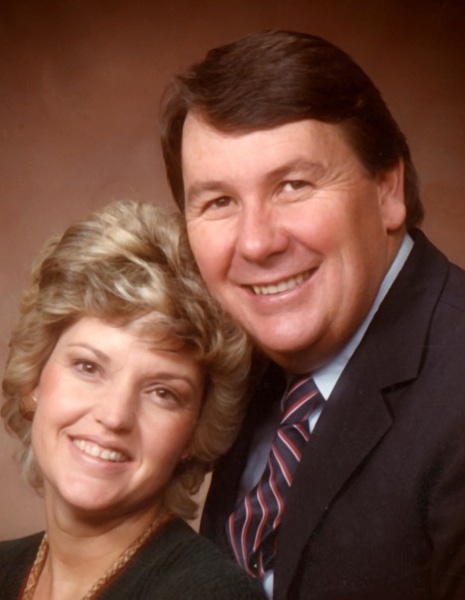 As a family, we lovingly acknowledge the passing of our beloved father, grandfather, husband and friend, William Howard Prince, 78, on Nov. 15, 2019.  Following a courageous battle with a two-year struggle against colon cancer, he returned home to his loving Heavenly Father and Savior.

Bill is loved dearly and will be remembered by all for his tenacity, humor, and positive outlook on life’s difficulties.  He will also be remembered for his undying love for his family; especially his wife Judy, his soul mate of 54 years.  We are not ready to let him go—He will be sorely missed by many.

Bill was born on August 4, 1941 in Los Angeles, CA to John and Myrtle Prince.  He grew up in Westchester, CA.  He enjoyed his days as a surfer boy living next to the beach driving around in his 57’ Chevy.  During the summers, Bill would spend time with his Grandpa and Grandma Tebbs in Panguitch, UT.  He made his first trip to Panguitch on the Greyhound bus from Downtown central, by himself, with his saddle, when he was about 7 yrs old.  Bill had a lot of cousins in Panguitch and loved being surrounded by them.  Loving grandparents, many close friends and lots of freedom is what Panguitch meant to him.

After graduating from Westchester High School, Bill attended college in Utah.  In 1962, he was called to serve a mission to the Eastern States for the Church of Jesus Christ of Latter-day Saints.  Bill was excited to serve the same mission as his Grandpa, William Crosby Tebbs; and later shared that same excitement for his own son, Bert Prince, who was also called to serve in New York.  Palmyra and the Sacred Grove forever increased his spiritual testimony of the First Vision and love for the gospel.  His mission had a great impact on his life and set the foundation for the next phase of being a husband, father and provider.  Bill was introduced to Wallstreet and the New York Stock Exchange which inspired his career to become a stockbroker.

After his mission, Bill attended BYU and met Judy Randall; and yes, it was “Love at First Sight!”  Bill thought she was the most beautiful girl he had ever seen with her big brown eyes and fun personality.  Bill and Judy dated for 3 months and fell madly in love.  They were sealed June 26, 1965, in the Mesa, AZ Temple, surrounded by family and friends. For 54 years, their children witnessed one of life’s greatest love stories.  Both displayed true affection for one another each day and their love will continue for time and eternity.  Knowledge of their reunion is known by both and is greatly anticipated to be never separated again.

Bill graduated from BYU in 1966.  After graduation, his dream came true of becoming a stockbroker.  He was accepted into the Goodbody Training Program at NYU which led to his first job in Downtown Los Angeles, CA.  He worked for Goodbody & Company and this became the beginning of a long and very successful career.  Bill was a sharp businessman; he knew how to be creative and live by his wits.  He was an excellent provider and always put his family first. Bill and Judy spent the first four years of their married life living in both Southern and Northern California.  Wanting to give their children the same childhood experiences they had growing up, they decided to move back to Utah to raise their family; eventually of 12 kids.  Relocating to Utah was a big sacrifice for Bill and he continued commuting to Los Angeles for business.  However, the reward of seeing his family happy was worth the extra hours on the road.  Bill always believed as he walked into the house, he threw the business aside, whatever was happening, whatever pressures there were, he would drop business on the outside of the house.

Bill and Judy’s main goal in life was to make every day exciting, full of chaos, meaning and purpose with a large family.  Bill always put his family first and was a fierce protector of his children; especially his 8 daughters.  He would do anything in his power to bring joy and happiness into the lives of his children; providing the necessities of life and those things that would be for their growth and development.  He gave his children complete independence with great expectations.

Bill was full of energy and always ready to play on the weekend after a hard week of work.  He loved to be extemporaneous, taking his family on countless unplanned vacations.  He loved exploring and exposing his children to new experiences.  Every outing was an adventure and different from the last; full of endless fun and surprises.

Every day was mix of amusement and laughter.  Bill had an incredible gift for humor and taught his children how to find it, even on their toughest days.  He was completely selfless and found more joy giving than receiving.  He would constantly bring home presents, regardless if there was a holiday or celebration.  Even in the last few days of his life, he made sure that surprise presents were on their way for his wife and grandchild.

Bill was a faithful member of The Church of Jesus Christ of Latter-day Saints.  He believed in living his life in a manner that would always keep him in tune with the spirit to receive promptings from his Heavenly Father; regarding the welfare of his family.  Bill loved serving in the church especially in callings that involved helping those with much need.  He particularly liked working in the background, always serving with his wife by his side.  A few of his callings include Stake High Council for the oldest Stake in the church, the Salt Lake Stake, from 2004-2008; High Priest, Sunday School, Primary, and Nursery teacher.

Bill was a fighter and truly had a love for life.  He had the ability to lift those he crossed paths with and leave them in awe with his indescribable passion for living.  Even in his final moments he fought to his very last breath to stay by his wife’s side.  He is an amazing example for his children to follow and all those that knew him.  Loved ones will always remember him as they listen to his favorite song “What a Wonderful World” by Louis Armstrong.

The family would like to express their love and appreciation to the doctors and nurses at the Intermountain Cancer Center of St. George for their expertise and compassionate care—especially Dr. Derrick Haslem and Celeste Adams. The family would also like to thank the staff and doctors at Dixie Regional Medical Center.

A celebration of life will be held in St. George, UT on Saturday, November 23, 2019 at 11:00 am.  A Visitation will be held from 10-10:45 am prior to services.  All services will be held at the Green Valley 3rd Ward at 1282 West 500 South Circle, Saint George, UT 84770.  Arrangements are under the direction of Hughes Mortuary.  Please visit our website at www.hughesmortuary.com for condolences and remarks.  Bill will be interred in the Tonaquint Cemetery in Saint George, Utah.

To send flowers to the family in memory of William "Bill" Howard Prince, please visit our flower store.
Send a Sympathy Card