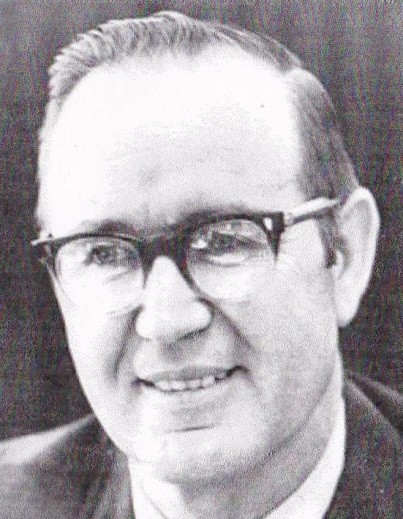 Cedar City, Utah – William (Bill) Fredrick Darley Jr., 95, passed away Thursday April 30th, 2020.  Bill, the third child and eldest son, was born Feb 28th, 1925 in Rexburg, Idaho to Laura Jennette Anthony and William Frederick Darley.  In his youth he attended elementary & high school in Rexburg, Kimball and Firth Idaho.  Bill learned to work hard at an early age in this farming community. He lost one finger at age five in an accident involving horses and a derrick.  He didn’t cry until his mother arrived to see how he was doing.  Hard work and occasional accidents were part of the farming life.  The family moved to Mt. Hebron, in Butte Valley, California New Years day, 1942 where they tried their hand at dairy farming.

Bill joined the United States Navy on September 10, 1943 and was honorably discharged on May 1, 1946.  The ship he served on was an LCS  (L) Mark 3 #45.  During his time in the Navy Bill got to see more of the world.  Bill recalled “From the Philippines, to Formosa, to Shanghai we saw native peoples who were very, very poor...they were fine people.  …  terribly poor people.  I learned to love them and still remember them.”

Bill attended two years at the University of California at Berkley, majoring in electrical engineering, from 1946 to 1948, before serving a mission for the L.D.S. Church.  Bill went to the Northwestern States Mission leaving October 10, 1948 and returned on October 10, 1950.    He learned to love these people too as he served the Lord by serving his fellow man.  Bill recalls “My fields of labor were Dillon, Montana, Bozeman, Butte, Yakima, Washington and Bend, Oregon.”  Bill returned home from his mission & stayed active in the church all his life. He served in numerous callings from Home teacher to Mission leader to Bishop to counselor in a Stake Presidency.  He loved the gospel of Jesus Christ and his fellow man whom he served.  He loved spending time with his family.  A local newspaper (Record Searchlight 5/20/78) featured him and titled the article “Mormon bishop puts family first”.

Bill married on February 28, 1952 at Redding, California, to Gloria Cecilia McGinty.  She was the love of his life. They raised five children (Laura, Beth, David, Peggy, Bruce) together in Anderson California.  Bill loved spending time with his family and grandkids, great grandkids, etc.  They were the joy of his life.  Bill retired from his work as an office manager and moved to Cedar City Utah with his wife.  They served a second church mission to Oregon.  They served in the St George Temple.  They loved riding their horses.  They loved their dogs, cats, and always had a soft spot in their heart for god’s creatures.  Bills wife preceded him in death in 2012.  He loved his cats who still gave him company and comfort.  He looked forward to visits and Skype sessions with his children.  He longed for the day he would be with his wife again.  He got his wish on April 30th, 2020.  His biggest concern in the sunset of his life was reuniting his family.  That work he can now pursue from the other side of the veil.  Bill is survived by 2 sisters, 5 children, 31 Grandchildren, 58 G grandchildren & 2 GG grandchildren.

Funeral services will be at the graveside in the Parowan Cemetery on Saturday 5/16/2020 at 2:00 PM

To send flowers to the family in memory of William Fredrick Darley Jr., please visit our flower store.
Send a Sympathy Card