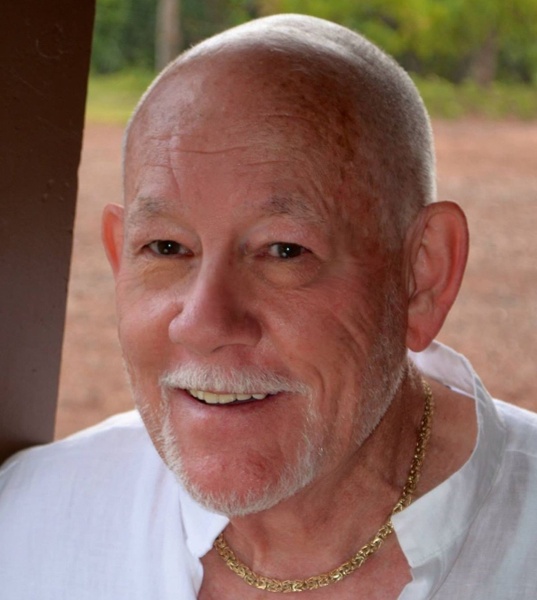 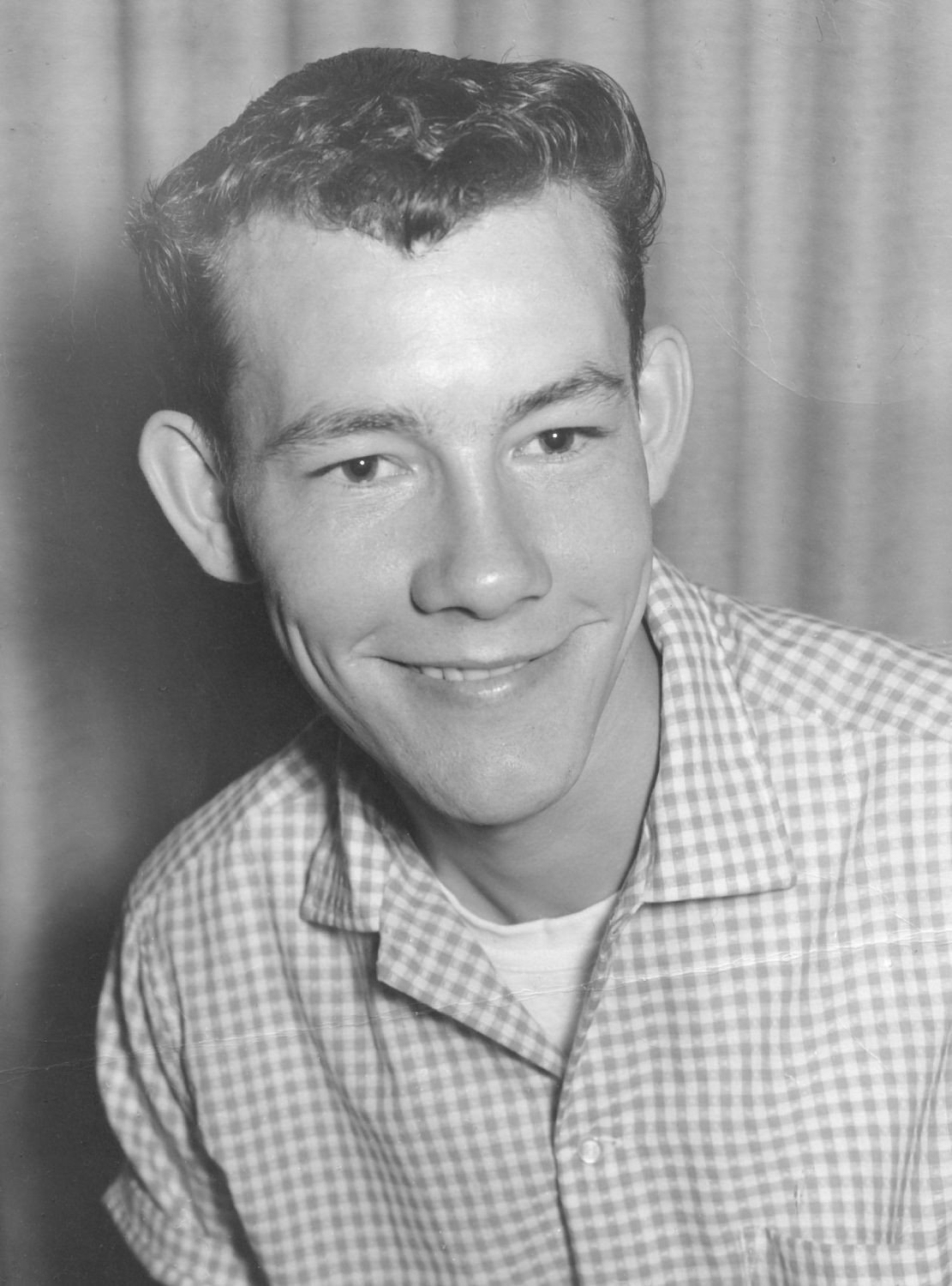 William Terry Hyde was called home to his loving Heavenly Father surrounded by the singing of angels, both his daughters and granddaughters whose voices filled his room with love and harmony, as well as those of the heavenly variety. And for a musician who carried music with him throughout his entire life, he wouldn’t have had it any other way.

Terry arrived on his mortal journey on May 26, 1941, in the unincorporated township of Marysville, Idaho, to parents (William) Vaughn Hyde and Myrna (Lottie Sanders). It was evening and the patter and ping of an Idaho rainstorm drummed both on the little home’s roof as well as in all the buckets and pans placed around its one room to catch what leaked into the house. He was the second of what would be four children; an older sister, Lou and a younger sister and brother, Connie and Clint. Growing up, he lived in many different towns in Idaho including Paris, Basalt, Blackfoot, Idaho Falls and Arco. He often referred to himself as “just an old farm boy from Idaho.”

The summer of his 5th birthday, his mom had left him home with his older sister while she ran an errand. Lou wanted to teach Terry how to do the splits and the newly waxed kitchen floor seemed the perfect testing grounds. Overexuberant, Terry dropped to the floor, wrenching and striking his knee resoundingly. He knew he was injured but hid it from his parents for several weeks until the joint eventually swelled to the point that they had to cut his overalls off him. A serious bone infection would take him to Salt Lake City, Utah, and extended hospital stays that left him with a fused knee and would dramatically shape his sense of compassion, empathy and love for the rest of his life.

A fused, inflexible knee precluded a career in sports, and so with some trial and error, Terry found music. His father fashioned for him out of a board and some old strings a semblance of an instrument and Terry practiced consistently. Eventually, with his own money, he purchased a real guitar. Once after months of practice he played a well-known Elvis Presley tune at a school assembly to the emphatic delight of his surprised classmates who knew nothing of his musical talent up until that point. Another time he accompanied some friends to Blackfoot, Idaho, where he surreptitiously assumed the name of Leslie James and regaled many new-formed fans at a local drive up with the rock and roll hit parade of the time. He was even once offered a record deal on the spot by a “big-time” record producer and even seriously considered making a run for it. However, the Lord would call him in another direction.

Terry accepted the call to serve a mission for the Church of Jesus Christ of Latter-Day Saints and was assigned to labor in the Southern California Mission. The mission took in all of Southern California, Las Vegas, Nevada and even part of Arizona. He faithfully served and blessed many people with an introduction to the Gospel of Jesus Christ of which he had an incredibly deep and meaningful testimony himself. Some of these mission relationships became lifelong friends as he loved and served them throughout their lives.

When he returned home he eventually found his way to Jackson Hole, Wyoming, where he worked on a dude ranch for a summer job, delighting the patrons with stories, jokes and of course, his music. He garnered countless fans during his time there including one particular horse named Fungus who would rush from wherever he was in the corral, to the fence and enjoy the show along with his human counterparts.

Terry attended Ricks College in Rexburg, Idaho and then transferred to BYU where he graduated with his Bachelor of Science degree. It was also where he met Claudia Hintze while he was working at a men’s clothing store in downtown Provo. They courted and were sealed in the Salt Lake City Temple on September 1, 1967. This union produced 10 wonderful children, Benjamin, Amy, Mindy, Mathew, Sarah, Jill, Julie, Stephen, Michael and Emily, each one bringing special joy and satisfaction to their parents.

Even with a houseful of 10 energetic young ones, Terry always made time for each of his children to feel special. He had a tradition of daddy dates where he took every son and daughter individually for one-on-one time. He would also regularly invite his children to have “gospel talks” with him where they would learn the gospel and he would share his testimony.

Their home, as you might expect, was filled with music. At the end of each day, he would call his family to prayer by playing the hymn “Family Prayer.” Each child knew when they heard the notes on the piano that it was time to set aside whatever they were doing and “gather in a circle,” to “kneel in family prayer.”

Terry shared his music outside the home too, performing with several different groups, including one he formed with his friend Ken Hostetter. In the summer of 1977, the duo performed a nightly western chuckwagon routine with Terry on the guitar and Ken on the banjo.

Terry worked several careers until he landed his “dream job” at the BYU Program Bureau, where among other duties he traveled extensively with musical groups from the university including The Lamanite Generation and the Young Ambassadors.

Terry continued to be a life-long BYU fan and held season tickets to the football games for years. The children loved taking turns joining their dad at the home games and cheering, even when some of them didn’t fully understand the color of the team’s uniform they were cheering for. Even after he no longer held season tickets, he followed the Cougars and rejoiced in their successes and was down trodden at their failures.

After several years at BYU, Terry transferred to US Steel and eventually to IPSC - Intermountain Power Service Corporation in Delta, Utah, where he moved his family, actually Oak City to be accurate. They built a home on a street that to this day is unofficially known as Hyde Lane, and the music continued. With daughters Sarah, Jill and Julie he formed a performing troup known as The Three Little Girls that performed at community and private events all around Millard County. The trio became a foursome when the youngest, Emily, started performing with them regularly. Terry even once unintentionally took his talent international when he was encouraged by his daughter, Mindy, to take his place in a mariachi band at a restaurant on a school sponsored trip to Mexico. He astounded his audience when he broke into a traditional yodel as part of one melody, leaving them begging for a translation into Spanish.

Terry’s marriage to Claudia ended, but both parents remained indelibly committed to their children.

After several years of single-fatherhood and many, many bad Star Trek puns shared across the hallway with his kids after bedtime, Terry met Pam Schmidt Blair at a singles dance in Provo. Unbeknownst to them at the time, the two overlapped for a semester at BYU in their college days. After a sweet courtship, they were sealed in the Provo, Utah Temple, on October 25, 1999. Around this time Terry discovered that he had a healing gift and he started doing energy work, where he connected with countless people, making their lives and their burdens just a little more light. Terry and Pam lived for several years as full-time RVers and eventually ended up buying a home in Hurricane, Utah, and finally landed in Ivins, Utah, to be as close as they could to loved ones and family.

Terry loved the Church of Jesus Christ of Latter-Day Saints and his membership and activity were important to him. Throughout his life he served in many callings and responsibilities including ward missionary, gospel doctrine teacher, high priests quorum teacher, home teacher and minister. He never stopped being a missionary of the gospel, even after returning from his mission in California in 1962, always looking for ways to share his testimony and love of the Savior.

As Terry’s family grew with the addition of grandchildren and then great grandchildren, the music continued. Many family gatherings, parties and reunions were enhanced with guitar chords and family favorites like Delta Dawn, The Gambler, Stewball and Loverly, all of which are sure to be new-found favorites in the heavenly choir which we know he will triumphantly accompany with the flawless strumming of his trusty guitar and a right knee that bends perfectly to keep time with the music.

Terry was greeted on the other side of the veil by his loving parents and his three siblings. He is survived by a posterity of many loved family members and friends who all meant the world to him.

To send flowers to the family in memory of William Terry Hyde, please visit our flower store.
Send a Sympathy Card