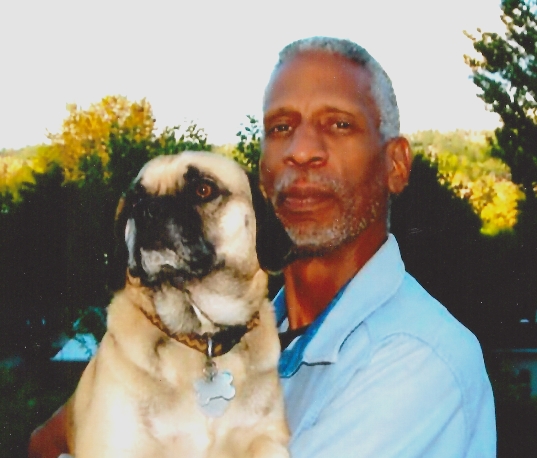 William Felton Russell, Jr. affectionately known as “Bill” or “Buddha”, passed away  peacefully in his sleep on January 25th in St. George, UT after a short, courageous battle with cancer. He was 58. Bill was born on November 2, 1957 in Melrose, MA to Rose Katherine (Swisher) Russell and William Felton Russell. Since childhood, Bill was fascinated by trucks.  He pursued his passion by becoming an accomplished driver.  After meeting the love of his life, Sherrill Hansen, he joined her in St. George, UT.  Together they worked at Cox Trucking and enjoyed raising the dogs Pugsley and Lilly. Pugsley was his co-pilot on the road, where Bill was known as “Dollar Bill” because he always had a dollar to spare for someone down on their luck. Bill had a great laugh.  Lively, charismatic and always a joker, Bill knew how to put a smile on everyone’s face.  He was a loyal friend. Bill had many passions in life.  He was a watch connoisseur, loved music and was a voracious reader. Bill has left hundreds of books to be donated to his fellow long haul drivers. Bill was preceded in death by his loving Mother Rose. Bill is survived by his true love and best friend Sherrill, his father William, his younger brother Jacob, Jacob’s wife Sara, his little sister Karen and his treasured son Sean Tyler Russell. There will be celebration of his life on Saturday, January 30, 2016, at the Clubhouse at The Ridge at St. George from noon to 2 pm, 628 Ridge View Drive.  In lieu of flowers, the family asks that you donate to your local animal shelter or to the St. George Utah Animal Shelter. Thank you.

To send flowers to the family in memory of William Felton Russell Jr., please visit our flower store.
Send a Sympathy Card