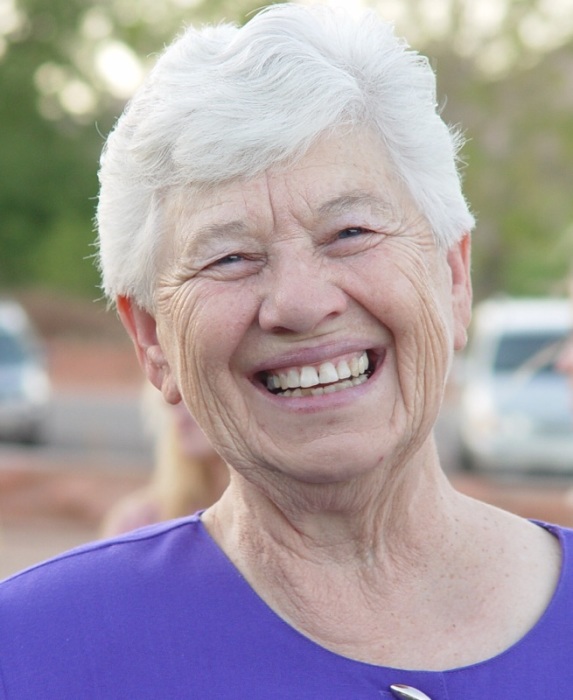 The world lost a loving mother and grandmother, but Heaven gained a perfectly angelic soul.  Zenetta Winsor Hunt age 86 died on Christmas Eve at her home in Ivins.

Zenetta was born in Logandale, Nevada on August 28, 1931 and lived there for ten years then moved to Central, Utah. Moving to Ivins at the age of 12 to care for Clyde Gray’s turkey farm while he served a mission.  She was the ninth of eleven children born to Walter Fay Winsor and Victora Tobiasson Winsor. She was preceded in death by her husband Andrew D Hunt; her parents; one older sister and seven older brothers; daughter Mishalee and her husband Paul Wilson; daughter-in-law Rebecca Dortch Hunt; son-in-law Leonard Sawtelle; and granddaughter Lydia Austin.

Mom’s greatest joy and ambition in life was her family.  She worked tirelessly raising her many children.  She was an active member of the LDS Church and served in almost every church calling from Relief Society President to Sunday School Librarian.  Zenetta and Dee served a mission together in New Zealand. She loved her church jobs, especially teaching the children and had a tender spot in her heart for the Paiute people. One of her favorite callings was as a Visiting Teacher to the Branch Sisters.

Mom’s legacy to her children was her example of staying calm in a crisis, keeping your wits about you, and doing what needed to be done.  She was the epitome of patience and kindness shown to all people and never passed judgment. We learned from her not to sweat the small stuff, because at the end of the day, one should sit and reflect on the grand scheme of things to determine whether it is worth the fight to be right or the peace to forgive and move on with life.

Funeral services were held on Saturday, December 30th at the Ivins Center Street Chapel.  Interment in the Ivins City Cemetery. Arrangements made under the direction of Hughes Mortuary, 1037 East 700 South St. George, Utah.

To send flowers to the family in memory of Zenetta Hunt, please visit our flower store.
Send a Sympathy Card