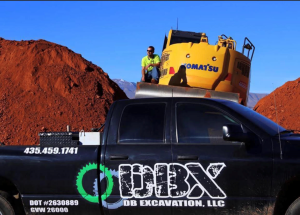 St. George, Utah - Dennis Harold Brown, 33, passed away Friday, August 21, 2020 after a valiant battle with cancer, a bone marrow transplant, an aneurysm and finally pneumonia. He fought so hard and endured so much over the last 3 years of his life.

Growing up in Blanding, Utah he enjoyed spending time in the outdoors with his family. He spent his time hiking, fishing, and hunting while living there. His stepdad gave him his love of animals. His dad taught him how to fix everything.

At a young age, he discovered his natural talent for working with heavy equipment. From logging in south eastern Utah, to many different excavation companies, there was never a piece of equipment he couldn’t operate with skill.

Dennis was always happy to help others with a smile on his face. He frequently helped other people, even when he was sick.

Dennis loved his family and the outdoors. He enjoyed snowmobiling with his brothers, hunting, camping and boating with family. His kids and wife were the highlight of his life. He always wanted to be with them, even while he was sick, he would let his kids crawl all over him. He taught them to fish, drive both his equipment and the 4-wheelers. He passed down his love of being in the outdoors to each of his kids.

In 2012, Dennis turned his love of helping people and running equipment into a successful excavation business, DB Excavation. He later expanded his business by creating Diamond Reef Pools, a swimming pool installation company with his Father-in-law, Steve Wood.

Arrangements are made under the direction of Hughes Mortuary, 1037 East 700 South St. George, Utah, (435) 674-5000. If you would like to help support Nicole and her children, in lieu of flowers, donations may be made to Nicole Brown via venmo @NicoleBrown88 or by contacting the family.

To send flowers to the family or plant a tree in memory of Dennis Harold Brown, please visit our floral store.